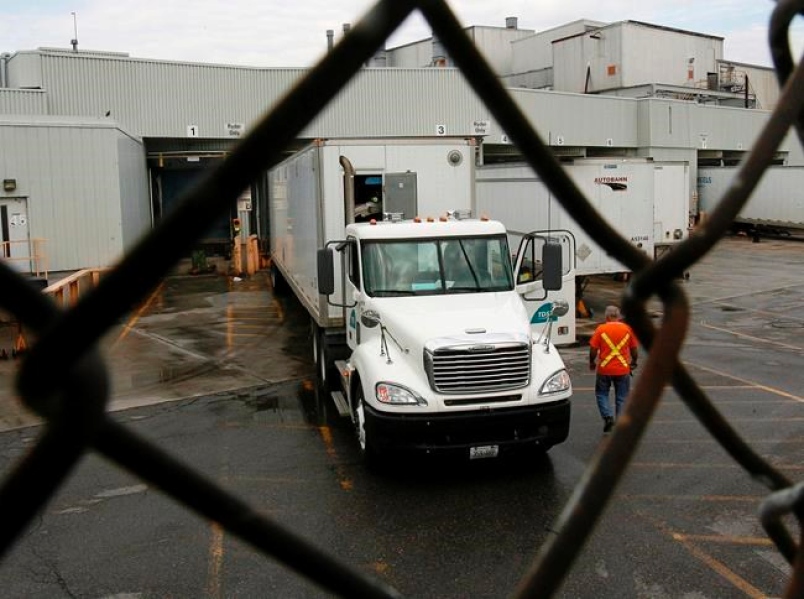 A driver pulls into the truck delivery bay at the General Motors plant in Oshawa, Ont., Tuesday, September 25, 2007. A new report says Canada’s truck driver shortage has reached new heights, with job vacancies rising by nearly 140 per cent since 2016.

The study from trade group Trucking HR Canada says a shortage of more than 20,000 drivers has hampered truck company expansions and hurt sales, costing nearly $3.1 billion in lost revenues in 2018.

Developed in partnership with the Conference Board of Canada, the report finds that job vacancy in the industry hit 6.8 per cent in 2019, more than double the Canadian average and the highest rate outside of crop production.

The industry is revving up its efforts to attract and retain younger employees as well as female big-riggers, who account for just 3.5 per cent of drivers.

Trucking HR Canada chief executive Angela Splinter highlights social media campaigns that stress more flexible schedules and better work-life balance, but says the sector needs to do more if it wants to head off a forecasted 25 per cent rise in job vacancies over the next four years.

This report by The Canadian Press was first published March 11, 2020.