Is there a serial semi truck shooter in Michigan? 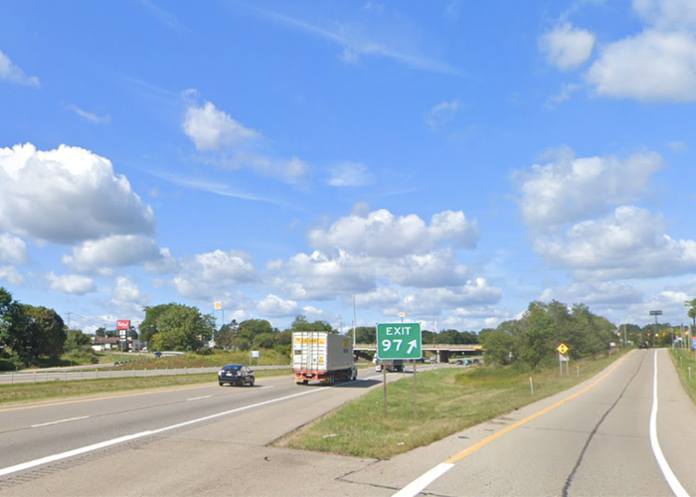 During that shooting, a small grey car reportedly passed a semi truck on the shoulder of the interstate and fired on the passenger side door before fleeing the scene. No injuries were reported.

You can view local news coverage of the incident here.

After reading about the July 14 shooting, CDLLife reader and truck driver Kim Sopha reached out via telephone to share a similar story about a shooting that took place in May 2020.

Sopha, a Canadian driver who teams with her husband Doug, says that her shooting incident occurred around 11:30 a.m. on May 19, also on I-94 in Battle Creek.

Sopha said that she was in the passing lane for an extended period of time while trying to pass another vehicle on an incline. She eventually gave up on the attempt and moved back right and soon after spotted a small grey car passing her truck on the shoulder.

Sopha heard a loud noise and thought something had been thrown at the truck. Doug Sopha was startled enough to ask “What was that?”

Neither driver was injured.

Sopha said the grey car tucked back in front of her and then left I-94 at Exit 97.

Sopha crossed back over into Canada and stopped at a truck stop a couple of hours later.

Sopha asked Doug to check for damage to the truck and said that she was floored when he showed her a photo of the passenger door with a bullet hole.

The Sophas contacted both Canadian and Michigan authorities. Canadian police were unable to assist since the incident occurred in the U.S. Michigan State Police finally took a police report on the incident but told Sopha that it was likely an isolated, random incident.

Sopha says that she isn’t sure about the motive for the shooting but believes that she came close to losing her life. Based on the upward angle of the bullet hole in the truck door, she said that the shooter “was aiming to take me out. He was aiming to kill.”

Sopha also said that the shooter might have been successful if the bullet had gone just two inches to the right as it was only the frame of the truck that stopped it from entering the cab.

Sopha told CDLLife that the incident has caused her significant mental distress and that she hasn’t driven since May, partly because of the shooting incident and partly because of health issues that put her at greater risk for COVID-19.

Sopha said that she was struck by the similarities between the two shooting incidents.

You can view local news reporting on on the May 19 shooting here.

CDLLife has reached out the Michigan State Police for comment and additional information. This article will be updated with any response.

Truckers are increasingly concerned about an uptick in highway violence amid civil unrest and protest activities in many parts of the country.

The Federal Motor Carrier Safety Administration recently addressed the concerns about violence against truckers by offering guidance. You can click here to learn more