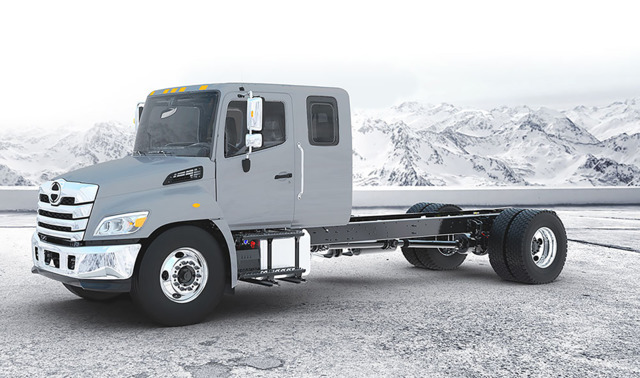 Due to engine certification issues in the U.S., Hino Motors has suspended vehicle production at its factories in West Virginia and Ontario, Canada, until Oct. 2021, the company announced Dec. 23. Hino Motors is the Toyota Group’s truck and bus subsidiary.

The Hino Board of Directors-approved decision was made based on “challenges in the required U.S. engine certification testing process for new model years of the A09C, J08E, and J05E*engines for North America.”

All Hino Class 6, 7, and 8 trucks for the U.S. market are produced at the 1 million sq.-ft. assembly plant in Mineral Wells, W.Va. The site opened in 2019 employs 500 workers and had been intermittently shut down in 2020 due to the pandemic.

As of the plant’s launch, Hino had invested $100 million and committed an additional $40 million “to meet increased demand and product configurations, creating an additional 250 new jobs, totaling 800 team members,” according to Yoshio Shimo, Hino Motors president and CEO at the time.

Hino will update the impact of the production pause “as appropriate in a timely manner,” the company said.

There was no word yet as to if Hino’s Project Z would be impacted. Through this zero-emission truck initiative, Hino would create a fuel cell electric version of the XL Series, along with battery electric models of its M5 and XL. Demonstration vehicles were poised to hit the road in the first half of 2021 with full production starting by 2024.