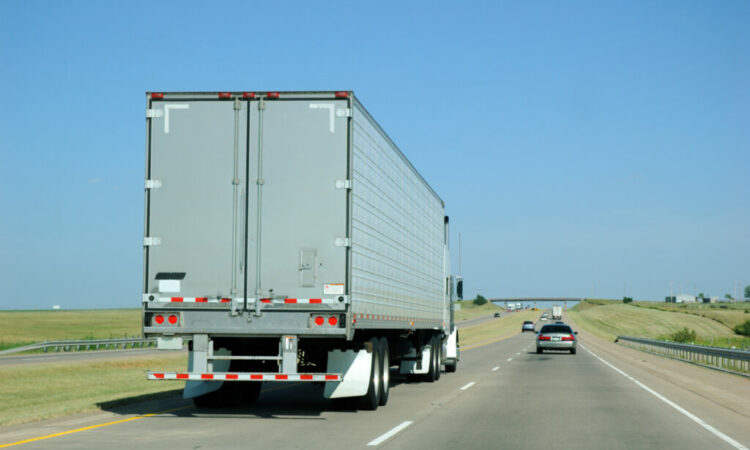 Rules on this side of the border require the protective barriers to absorb about four times more energy than their U.S. counterparts. Even when proposing an update in 2015, the U.S. National Highway Traffic Safety Administration (NHTSA) largely mirrored numbers that Canada established in 2007.

Many trailers produced for the U.S. market essentially meet the Canadian standard anyway.

There isn’t much of a difference in cost. The U.S. Government Accountability Office (GAO) priced typical Canadian guards at $500 per trailer. Those built to U.S. rules were $229. As for weight, the northern rules led to devices running between 191 and 307 lb. The U.S.-specific guards would weigh 172 lb.

In the meantime, the Federal Motor Carrier Administration (FMCSA) is now considering whether the U.S. guards should be included in annual inspections, like they are in Canada and Mexico.

But while new U.S. rules remain in a legislative limbo, there are some questions about whether today’s regulations are tough enough on either side of the border.

The Insurance Institute for Highway Safety (IIHS) is calling for updates that would better protect passenger vehicle occupants when just a portion of a car’s width overlaps a trailer’s back end.

Nine manufacturers have already adopted its voluntary ToughGuard standards to meet the need, leading to a mixture of standard and optional equipment alike.

On guard for thee

Canada’s interest in tougher barriers can largely be traced to our greater love of smaller cars.

In the mid-1990s, right when the U.S. proposed upgrades to its underride guards, Transport Canada found a specific gap in the rules – specifically, that they would fail to protect those inside a 1998 Chevy Cavalier or Honda Civic in a crash at 48 km/h.

It was a key finding.

Sub-compact models represented 2.4% of U.S. sales in 1993, but 12% of underride-related fatalities with commercial vehicles. Around the same time, such cars accounted for 11% of the Canadian fleet, and 22% of the fatalities in crashes involving trucks.

For its part, the Canadian Transportation Equipment Association (CTEA) responded by working alongside the National Research Council to create a series of designs that could be adopted by small and specialty manufacturers at a minimal cost.

What emerged was a series of standards for a two-post steel model, one with two angled posts, and a four-post model with two lighter uprights. There were two-post stainless steel and aluminum models as well. Plenty of options for every need.

“The amended regulations are expected to decrease the number of rear impact fatalities by 25 to 40%, and make our roads even safer,” federal Transport Minister Jean-C. Lapierre said when announcing the emerging standards in 2004.

At the time, vehicles sliding under trailer rears were responsible for 20 Canadian fatalities and injuries per year. (Current totals are not available.)

In the years since then, the Insurance Institute of Highway Safety (IIHS) introduced a series of crash tests when looking at cars that don’t hit the guards right in the middle.

Devices built to the Canadian standard perform well enough when hit dead center, and even when a car is offset by 50%. The challenge emerges when only a third of the passenger vehicle’s front end hits the guard.

“Even the Canadian regulation does not address that scenario,” says Matthew Brumbelow, senior research engineer – IIHS, referring to the 2010 tests.

Seven out of eight underride models held back a 2010 Chevrolet Malibu when the guard was hit in the middle. Six showed they would prevent severe underride crashes when half the car’s front hit the trailer. At a 30% offset, however, only a Manac underride guard held fast, thanks to vertical supports mounted closer to trailer edges and attached to the reinforced sections of the trailer floor.

“The standards should be upgraded to require underride guards that are strong enough to remain in place during a crash, allowing the energy absorbing structures of passenger vehicles to deform and provide protection to their occupants.”

Nine trailer manufacturers have answered the institute’s voluntary ToughGuard standards so far, tweaking guard designs to better protect the occupants of cars like the Malibu. The devices are allowed to deform, break or collapse during a collision, but the trailer can’t push anywhere beyond the rear surface of a passenger car’s A-pillar during a test.

Participating trailer manufacturers are taking different approaches to meet the need, though. Six of the approved designs use four vertical supports, offering greater strength near the outside corners of the trailer. Two others stuck with a pair of vertical supports, either by moving support locations or introducing a thicker horizontal piece to the design.

“It’s nice to see that we’re not restricting the design in a way that might go against their use cases,” Brumbelow says.

The institute has even proposed a “quasi-static” test that could be completed without an outright crash test.

Then there’s the question of whether the guards already in service are up for the job.

The protective barriers get more than their fair share of abuse. Strong as they are, bent ends and crumpled center pieces tell the stories of encounters with bollards and barriers. Others deform as drivers try to pull away without releasing the locks meant to hold trailers snug against loading docks.

“Those things get hit quite often. They get caught up in dock locks, or the driver bangs up against a high curb,” says Don Moore, CTEA’s director of government and industry relations.

The Commercial Vehicle Safety Alliance (CVSA) documented 2,300 related violations in a 2017 fact-finding mission. More than half of those involved missing, damaged, or improperly constructed components.

Looking to the side

Underride guards are not necessarily limited to the south end of north-moving trailers, either. Canada’s National Research Council has also explored the idea of requiring such guards between trailer and truck wheels, largely to protect cyclists and pedestrians in urban settings.

But the idea of regulating those guards has largely faded away, Moore says.

“Even with some of the solutions that were out there, particularly with the pedestrian and cyclist situation, it wasn’t clear they were really doing much good.”

In a 2018 report, the National Research Council found that ¾ of fatal collisions between heavy trucks and these vulnerable road users happen at the front of the vehicle. Only 22% occur at the side. In an earlier study, it discovered that the front of the truck was involved in 43% of bicycle-truck crashes and 46% of pedestrian-truck crashes.

There is no way to accurately calculate the number of lives or serious injuries that would be saved by using side guards, it said. The council even questioned whether side guards would simply change the way people were killed or injured.

“For example, [vulnerable road users] may strike the side guards and be deflected into another lane of traffic to suffer a serious injury as part of secondary event with another vehicle or with the road/sidewalk surface,” researchers concluded. “Side guards can also inhibit rescue efforts of first responders in the event of a collision with a vulnerable road user or may make maintenance and mechanical inspections more difficult.”

“Manufacturers are willing to build anything you want, but they need somebody to say, ‘This is exactly what I want,’” Moore says. “All engineering problems are a matter of balancing competing criteria.”