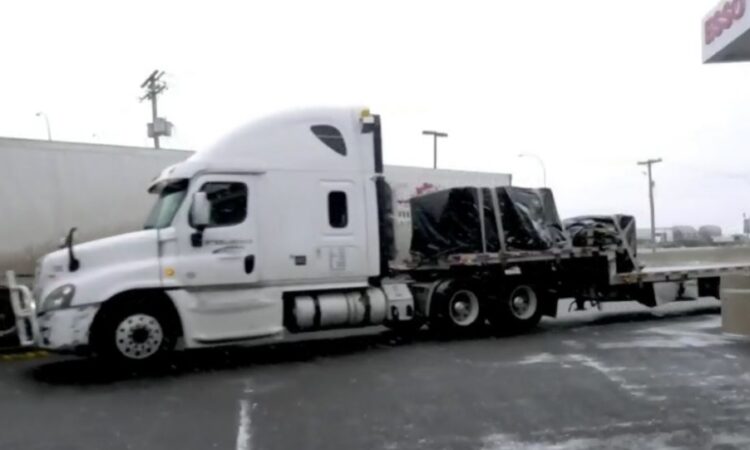 HALIFAX — Truck drivers may be essential workers, but it seems some are being denied services during the pandemic.

Even though they are exempt from the self-isolation rule that requires travellers to quarantine for 14 days, some say the message is not getting across.

Navigating through a pandemic as a truck driver has meant travelling when everyone else is being told to stay put.

“I go to Quebec, Ontario, the United States,” says trucker Dan Caissie from Fredericton. “I just got back actually from North Carolina.”

The rules of the road are the same, but some drivers think they’ve been treated unfairly.

Truckers aren’t required to self-isolate for 14 days when they get home, but when Caissie went to the hospital for a scope on his throat, he was turned away.

“They came back and said, We can’t do your procedure because you’re a truck driver and you travelled outside the bubble,'” Caissie said.

CTV News has heard from several other drivers who say they’ve been denied services at the dentist, or, like Glen McBratney of Shelburne, N.S., for his haircut or eye test.

“The minute they find out you’ve gone to Quebec or Ontario, they stand back from you,” said McBratney. “It’s like they don’t want to come near you.”

Every day, thousands of truckers pass through Maritime borders.

Since the start of the pandemic, the Atlantic Provinces Trucking Association has heard of four cases of COVID-19 among truck drivers.

“The driver population has been extremely good at protecting themselves,” said Jean Marc Picard of the Atlantic Provinces Trucking Association.

Picard, who is based in Dieppe, N.B., said only a few drivers have told him about being denied services, but he thinks as the pandemic drags on, it’s getting worse.

That’s why he’s pushing to have truckers vaccinated early.

“We certainly don’t want to get ahead of the elderly or sick people, but we certainly want to be considered sooner than later,” Picard said.

As for treatments, Nova Scotia says it is continuing to work with health care professionals to make sure they are aware of the need to provide care to essential workers.