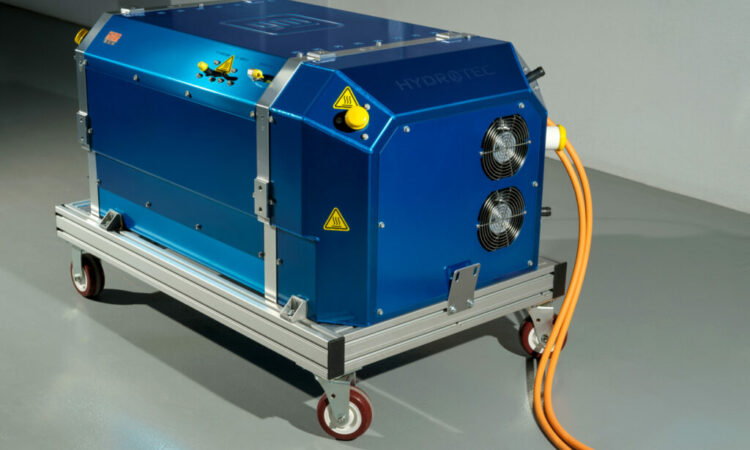 Navistar is joining forces with General Motors and OneH2 to roll out trucks that run on hydrogen fuel cells – and even provide the refueling network to support them.

JB Hunt Transport will be at the wheel during a related pilot program that begins in late 2022.

Full production of the trucks, expected to offer a range of more than 800 km (500 miles), is scheduled to begin with the 2024 model year. While weighing more than diesel-powered units, they’re expected to feature lower Gross Vehicle Weights than battery-electric models.

A stake in hydrogen fueling

One of the factors setting this deal apart from other fuel cell initiatives is that Navistar is also taking a minority stake in OneH2.

The size of the minority stake was not revealed.

But questions about available fueling infrastructure have topped the related discussions with many fleets, he added in a call with North American media.

OneH2 will also incorporate 2,000 of the fuel cell electric vehicles into fleets supporting its own customers, once the commercial rollout begins.

Other fuel cells and batteries

This isn’t Navistar’s only venture involving fuel cells. The OEM has also announced a Class 8 truck project with Cummins and Werner, funded in part through the U.S. Department of Energy.

The latest pilot project with GM — and its supporting “ecosystem” — will benefit from government funding, but will not be entirely dependent on it, Lisboa said. “We believe that it could be a self-funded system.”

The OEM also remains committed to producing battery-electric vehicles within its zero-emission strategy. Battery-powered trucks are scheduled to roll off the Navistar assembly line a year from now, and some units are to be put into commercial service as early as next July, he said.

“We think that both battery-electric and fuel cell technology are important solutions,” said Gary Horvat, Navistar’s vice-president – emobility. With ranges up to 350 miles (up to 550 km), battery-electric options may be an option. Beyond 300 miles (about 475 km) there might be a better fit for fuel cells.

“We explore all powertrains, all fueling sources, when we try to come up with what our future requirements are going to be.”

“Zero-emission vehicles do not take a one-size-fits-all solution,” Lisboa observed.

“We’re thrilled to work with like-minded companies like Navistar and OneH2 to offer a complete solution for progressive carriers that want to eliminate tailpipe emissions with a power solution that can compete with diesel.”

This isn’t GM’s first venture involving fuel cell electric trucks, either. The OEM recently skuttled its plans to take an 11% stake in Nikola Motor, an emerging manufacturer that has been an early proponent of fuel cells and trucking, but still committed to integrating Hydrotec fuel cells in the yet-built Class 7 and 8 Nikola trucks.

Navistar’s fuel cell vehicles are expected to boast a lower cost per mile than diesel-powered equipment in certain market segments, the companies say.

“We believe strongly that hydrogen fuel is the future of zero- emission renewable energy in the heavy truck market, and are pleased that this agreement will provide additional scope for its application,” said Paul Dawson, OneH2 president and CEO.

OneH2 can produce the fuel through steam methane reforming at a distribution center or other location identified by a fleet. The fuel doesn’t have to be produced through far-away massive plants, he said. Small-scale hydrogen production can even support “tens” of trucks at an individual location.

There are even opportunities to explore greener alternatives to produce the energy.

“We use steam methane reforming today because it gets customers the lowest cost of energy,” Dawson said, adding that capturing the carbon would not be a “quantum step”.

Said JB Hunt president and CEO John Roberts: “The combination of hydrogen fuel cell technology and refueling capability will enable us to reduce emissions along with energy consumption, fulfilling our environmental sustainability commitment to our customers and the communities we serve.”