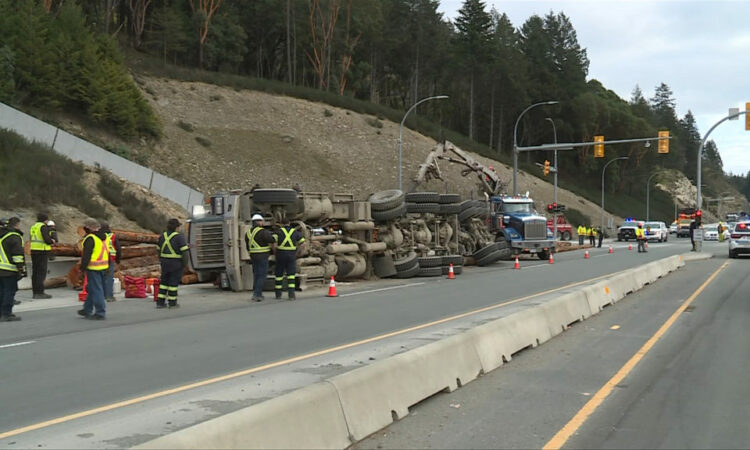 A logging truck has crashed and spilled its load on the Trans-Canada Highway in Langford.

The crash happened in the northbound lanes near the West Shore Parkway intersection Monday afternoon.

One northbound lane on the Trans-Canada Highway was closed for more than three hours as crews worked to clear the scene, causing major delays during the rush hour period.

Traffic flow along the busy highway as returned to normal as the scene has since been cleared.