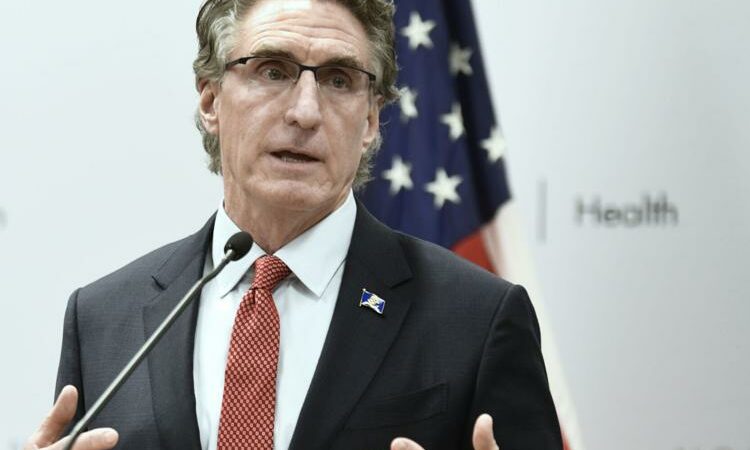 Gov. Doug Burgum and Saskatchewan Premier Scott Moe on Tuesday announced they have signed an agreement to vaccinate essential workers who are transporting goods across the U.S.-Canada border. An estimated 2,000 Saskatchewan residents will be eligible for the program.

“Protecting the health and safety of essential workers crossing our shared border with Saskatchewan, including truck drivers and energy workers, is vitally important for public health, our economy and the eventual safe reopening of the border,” Burgum said in the joint statement.

Saskatchewan Trucking Association Executive Director Susan Ewart added that “Providing necessary vaccines to professional drivers and oil field workers crossing the border will ensure the safety and protection of these workers as they continue to drive the economy.”

The announcement comes a week after Burgum and Manitoba Premier Brian Pallister announced a similar effort for drivers from that province. Officials estimate as many as 4,000 Manitoba truckers could take part.

The highway rest area near Drayton in northeastern North Dakota is serving as the vaccination site for Manitoba truckers. Saskatchewan drivers will be able to get shots there starting Wednesday. Shots are administered Wednesdays, Thursdays and Fridays.

A second vaccination site will be set up near the border crossing at Portal in northwestern North Dakota, which borders Saskatchewan. The specific site is still being determined.

North Dakota’s Health Department is providing the staff and infrastructure to administer vaccinations. There’s no cost to the state or provinces, as the U.S. government supplies the vaccine and reimburses the administration costs.

“This extraordinary level of cooperation helps protect more Canadians at a time when vaccine availability in America exceeds that of Canada,” Moe said.