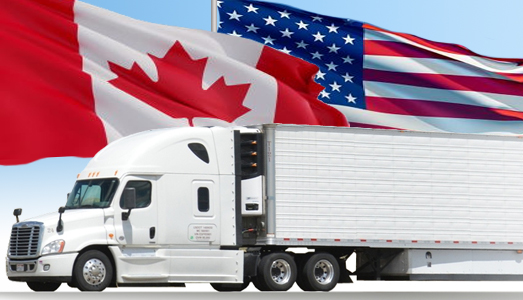 Prime Minister Justin Trudeau said that “perhaps” by summer the land border between the United States and Canada will be reopened to non-essential travel.

He was reacting to a pitch by Senate Majority Leader Chuck Schumer of New York to get things moving again, saying “we can’t wait any longer” for the re-opening.

“The extensions confuse people and they frustrate thousands of western New Yorkers and Southern Ontarians, who depend on the border crossing,” Schumer said.

The cross-border ban, in effect now for more than a year, is continued monthly in a bid to combat the virus.

Canada is content to leave things in place, with Trudeau saying: “Now is not the time to travel.”

Schumer made his case for things to “start re-opening “quickly but safely” in stops along the border in Niagara Falls, N.Y. and at Massena International Airport near Cornwall, Ontario.

He is looking to allow certain vaccinated people to cross, including boaters if they’re not docking and to prioritize getting border workers better access to testing and vaccines.

“Once the time is right, we will open up the borders again properly,” Trudeau said.

An offer by U.S. states to give thousands Canadian truck drivers free single-dose COVID-19 vaccinations has become a huge success.

The first to offer was North Dakota that is giving its surplus vaccines to immunize cross-border trucks and other essential workers from Manitoba including teachers and school workers.

Now Saskatchewan and North Dakota have joined the party along with Alberta and Montana.

Vaccination sites have been set up a highway truck and rest stops along the Canada-U.S. border with special approval to cross over for a shot and return to Canada the same day.