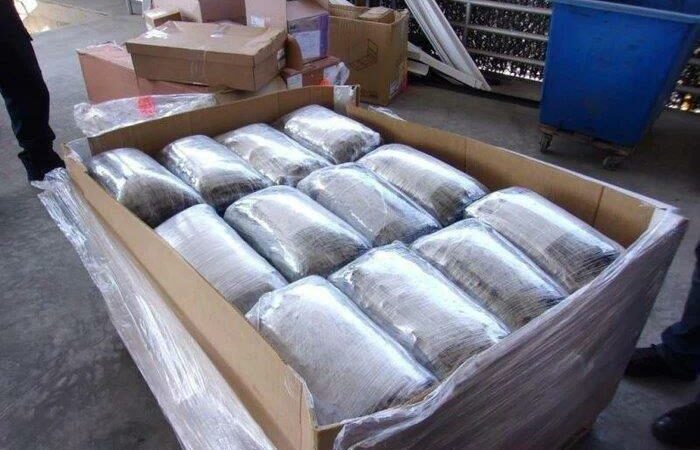 Officers at the Otay Mesa Commercial Facility seized close to 2,500 pounds of methamphetamine concealed in a shipment of medical supplies. The bust occurred Saturday morning, May 15. 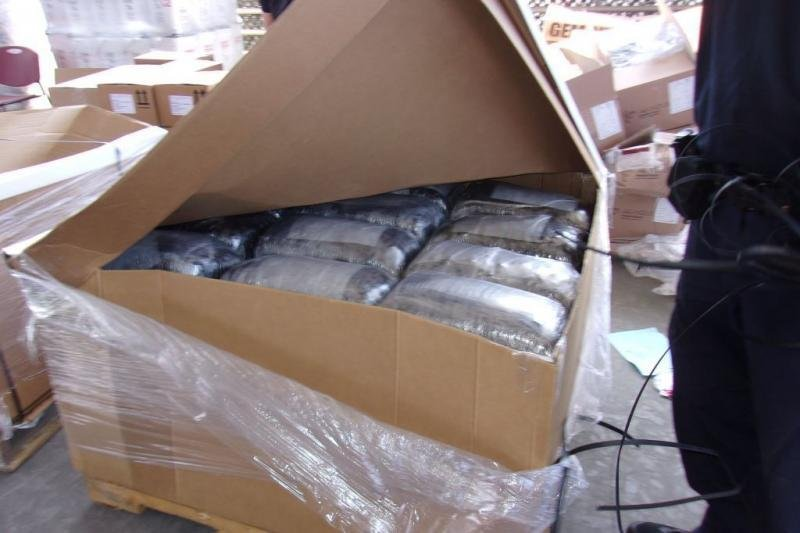 Some of the almost 2,500 pounds of meth uncovered in a shipment of medical supplies recently. (CBP photos)A statement from the CBP said a driver entered the facility at about 9:45 a.m. The cargo on the tractor-trailer was manifested as medical supplies.  A team of CBP officers were roving through the lanes of trucks that had entered the port and were waiting for their inspection. The CBP said one of its officers targeted the truck, driver, and shipment for a more intensive inspection.

The officer referred the driver, truck, and shipment for an x-ray screening. CBP officers screened the truck and found anomalies within the cargo. The truck was moved to an inspection dock where a CBP officer with a canine screened the boxes of cargo. The dog alerted to one of the pallets of medical products. Officers unloaded the shipment and discovered 120 packages comingled with various medical supplies.

CBP officers unloaded some 2,425 pounds of methamphetamine, seizing the drugs and the tractor-trailer. The driver, a 29-year-old Mexican male, was arrested and turned over to U.S. Immigration and Customs Enforcement, Homeland Security Investigations. The driver is facing federal charges and has been transported to the Metropolitan Correctional Center.