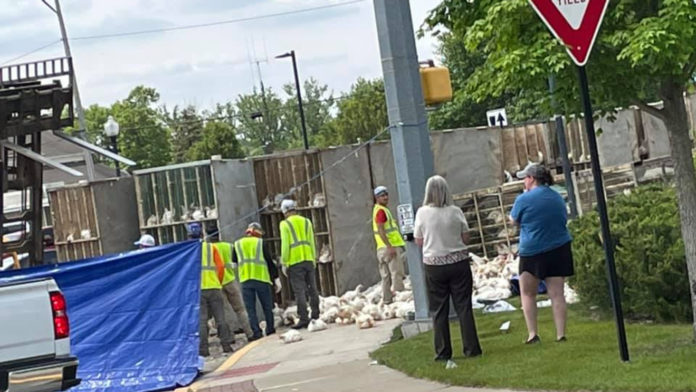 More than 6,000 chickens were on board a semi truck when it overturned in Indiana on Tuesday.
The accident happened on June 1st in Goshen, Indiana.

According to CBS Austin, the truck was making a turn at 3rd and Main when the straps holding the cages in place snapped, allowing the load of chickens to fall off the trailer and into the road.

The truck is owned by Miller Poultry, who says that 6,400 chickens were on the truck at the time of the wreck. It is not clear exactly how many escaped and how many were killed in the wreck.

The truck driver was not injured in the incident.