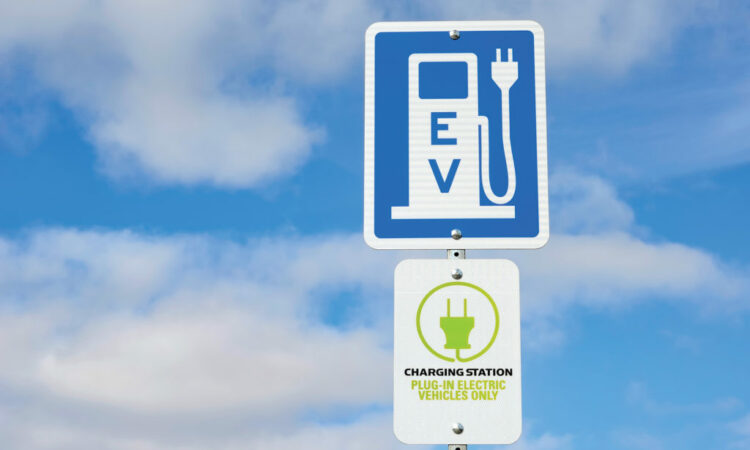 Electric trucks in the future may not just deliver freight, but surplus electricity to customers.

That’s the thesis behind a theoretical study by the University of Windsor. Environmental engineering professor Rupp Carriveau says it’s conceivable that semi-truck batteries will have surplus energy after doing their runs and will be able to boost operator profits by selling off those extra “electrons.”

The professor has hooked up with South Essex Fabricating and Nature Fresh Farms, a Leamington, Ont., company specializing in “all things greenhouses” – from fabricating and selling, to owning large scale greenhouse properties in southern Ontario, Ohio and Mexico.

The affiliated firms will supply trucking information from their myriad North American routes as data for the study. Peter Quiring, founder of both companies, has long had an association with the university. “He’s a visionary,” Carriveau said.

Carriveau, director of the Environmental Energy Institute, and Professor Hanna Maoh with the Joyce Entrepreneurial Innovation Centre of University of Windsor’s Cross-Border Institute, are conducting the $160,000 study to both map the most common haul routes and where commercial charging stations could eventually be placed, as well as looking at the potential to offload excess battery energy as a secondary operator revenue stream.

Since there is still a dearth of EV big rigs on the road, Carriveau is basing his study on Tesla’s heralded, but not yet commercialized, Semi. It’s powered by four independent motors on the rear axles and uses less than 125 kWh per 100 kilometers. There are two versions with ranges of up to 475 or 800 km.

“We’re not trying to make any predictions,” Carriveau said. “What we’re trying to do is generate scenarios based on the knowledge that we have today of what these trucks may be capable of.”

Using the Tesla Semi as a benchmark and the data gleaned from his private sector partner’s hauling operations, Carriveau’s team will come up with scenarios for the kind of energy required to complete routes and the possibility of generating surplus energy available for offloading or “back feeds.”

“It may be another source of commerce for the trucking agent,” he said.

The study’s first phase is to determine where a “sufficiently represented population of trucks go across Ontario,” the professor said. This will probably be boiled down to about seven routes. “It’s pretty clear Hwy. 401 is going to be a major one, the 403, etc.”

But there may be a few “less obvious ones” in more remote areas. The research team will overlay these with the provincial electrical grid to determine what kind of pressure electric trucks can have on the grid and where commercial charging stations could be located.

The second phase concerns what’s known as the “internet of things” where physical objects are connected through sensors and software to exchange data.

“People in warehouses or transportation hubs may be able to see where these trucks are going and see what their state of charge is,” he said. That warehouse or factory, for example, may have a last-minute production run and need a short boost of energy.

“Or it may be a case where sometimes these factories can’t run processes because they’re being curtailed by the grid operator because there’s not sufficient power,” Carriveau said.

He added it might therefore be cheaper, given the “dynamic nature” of the province’s grid spot energy pricing or “throttled” supply, to have trucks download or back feed their surplus electricity into the factory.

“The trucks should be rolling all the time and they should be loaded all the time,” Carriveau said. “But they’re not always loaded and again it’s this new marketplace for electrons.”

There is still no mechanical system to actually back feed surplus electrons from the truck’s battery. But Carriveau thinks the technology is on the horizon given the interface already provided in the EV small truck market. Ford, for example, provides “back-up power” like a generator from its new F-150 Lightning for offloading to a truck owner’s home.

Private sector partner Quiring subcontracts his extensive longhaul routes – some 40-50 a day hauling mainly east of the Mississippi. His raw data shows the size of rigs, routes, times and load quantities, are largely consistent. “We have the same hauls over and over and over and I think that’s where it really makes sense,” he said.