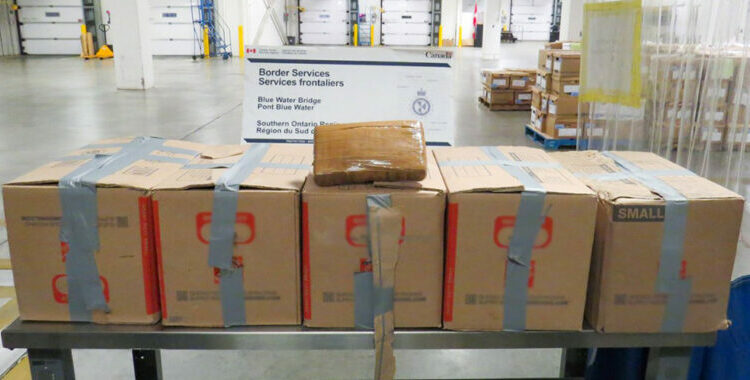 POINT EDWARD, Ontario, Canada — Charges have been filed against the driver of a commercial truck following the seizure of 183 pounds of suspected cocaine by the Canada Border Services Agency (CBSA) earlier this month.

On Aug. 9, a commercial truck driven by 46-year-old Gurdeep Singh Mangat of Brampton, Ontario, entered Canada from the U.S. at the Blue Water Bridge in Point Edward, Ontario. The truck was referred for a secondary inspection, where CBSA officers found and seized approximately 183 pounds (83 kg) of suspected cocaine.

The CBSA arrested Mangat and transferred him and the suspected cocaine to the custody of Royal Canadian Mounted Police (RCMP), who are conducting the investigation. The RCMP has charged Mangat with importation of a controlled substance and possession for the purpose of trafficking.

“We are proud of our officers at the front line who work tirelessly to protect Canadians and keep drugs out of our communities,” said An Nguyen, district director of St. Clair District Operations for CBSA. “This seizure is another example of the ongoing cooperation that exists between the CBSA and the RCMP.”