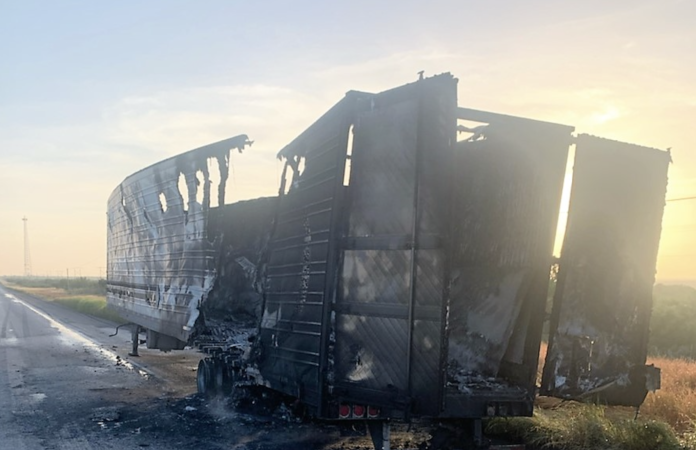 The incident occurred early on the morning of August 29 when the Webb County Sheriff’s Office (WCSO) reached out to the Laredo Sector Border Patrol after a call about a trailer burning on Highway 59.

“As agents approached the burnt trailer, they found that the trailer seal had been cut and someone had opened the doors,” U.S. Customs and Border Protection (CBP) said in a news release.

When officers searched they area, they discovered 64 individuals from Guatemala and Mexico hiding in the brush.

CBP said that all of the individuals were in good health and all were processed before being returned to their home countries.

It isn’t clear what caused the fire.