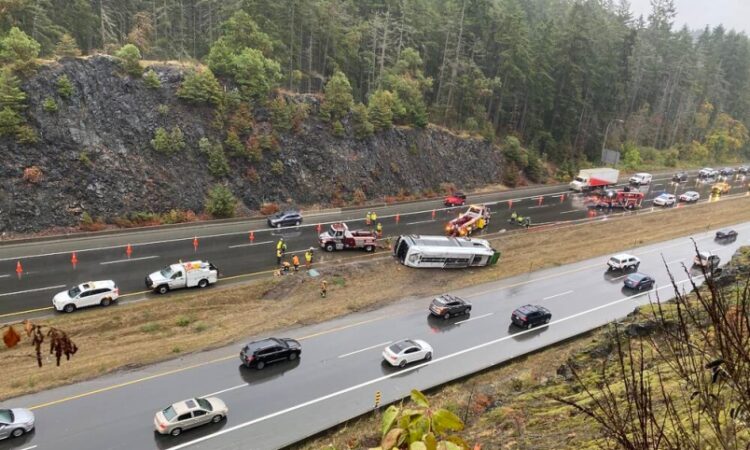 There were no passengers on board at the time of the crash. The operator was taken to hospital, said B.C. Transit, adding it plans to undertake an internal investigation.

Police responded to at least three other traffic incidents during the morning commute, including one about 7 a.m. at the intersection of Wale Road and Goldstream, with witnesses reporting that a car turned in front of a pickup truck, resulting in a collision.

The driver of the pickup was taken to hospital by ambulance.

Also about 7 a.m., West Shore RCMP were called to the 400-block of Goldstream Avenue for a three-vehicle rear-ender. No one was injured but tow trucks were delayed in reaching the area due to heavy traffic.

Police responded to yet another incident about 7:40 a.m. at the intersection of Langford Parkway and Phipps Road, where a pedestrian had been hit by a vehicle.

She was not seriously hurt and the driver involved stayed at the scene and co-operated with officers.