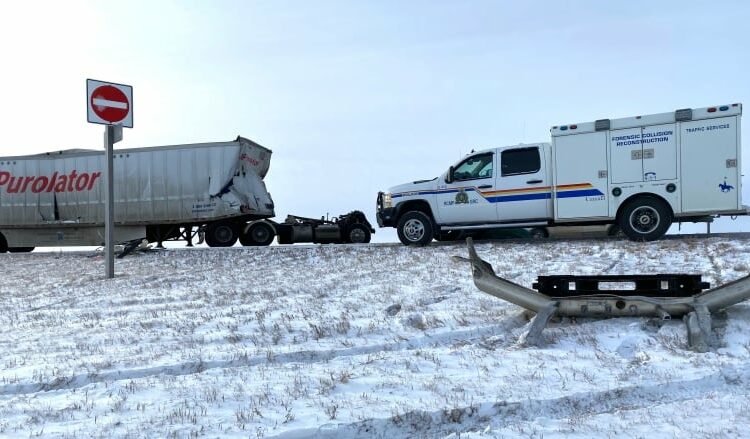 The two occupants of one semi-trailer didn’t report injuries

One person is dead following a collision between two semi-trailers on Highway 11 near Davidson, Sask.

RCMP believe that a northbound truck jack-knifed around 2 a.m. Monday. A second semi, driving behind the one that jack-knifed, collided with it.

The driver of the second semi — who was the only person in that vehicle — was pronounced dead, according to a release from the Craik RCMP. Their family was notified.

The two people in the leading vehicle didn’t report any injuries, police said.

RCMP had closed the northbound lane of Highway 11 about 10 kilometres north following the collision between the two trucks. It has since reopened.