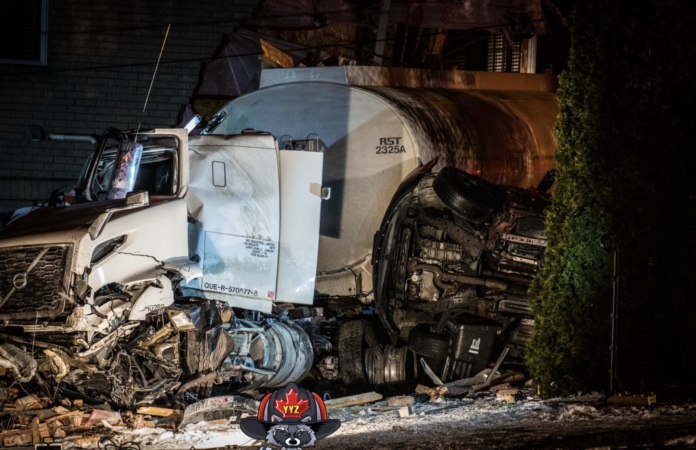 No injuries were reported after a tanker truck smashed into a home in Toronto on Monday night.

The accident happened at around 11:30 p.m. on January 3rd in Toronto, Canada.

According to Global News, the tanker truck loaded with gas crashed into the house on O’Connor Drive near Sunrise Avenue. People inside of the house were home at the time of the crash, but no one was injured except for the truck driver, who suffered from minor lacerations and was transported to a hospital.

The fuel tank on the rig did leak as a result of the crash, but the tanker trailer loaded with gas remained intact. The load of fuel had to be transferred to another tanker before it could be removed.

It is still unclear exactly why the tanker crashed into the home.