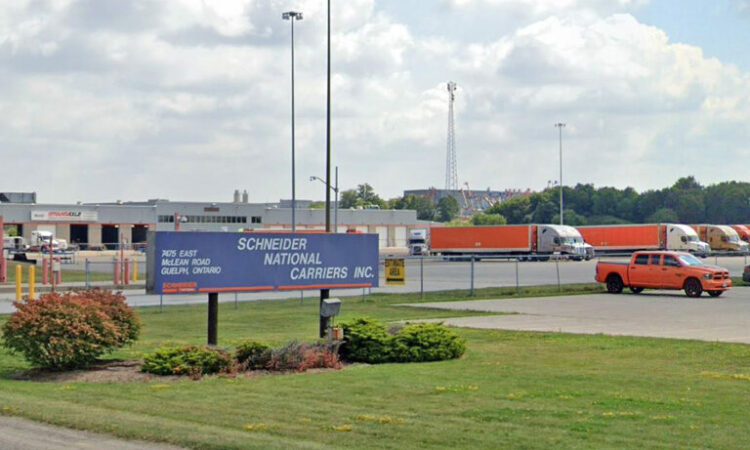 GREEN BAY, Wis. — After more than 30 years of operating an office in Canada, Schneider National recently announced that it is shuttering its Guelph, Ontario, site.

The company, which has 150 associates and drivers based in Canada, said it plans to end Canadian-based operations by the end of March.

“Despite the dedication and best efforts over many years, Canadian-based operations do not fit within Schneider’s long-term strategic focus,” according to a statement from Schneider National.

This news comes on the heels of an announcement that Schneider has acquired Ohio-based truckload carrier Midwest Logistics Systems (MLS) for $263 million.

Schneider has acquired 100% of the equity interest in MLS, according to a Schneider news release.

The carrier will run as an independent subsidiary of Schneider. MLS professional drivers and associates will continue to operate under the MLS name.

“The carrier’s family-owned nature combined with its strong culture and customer service make it a valuable contributor for growing Schneider’s dedicated operations. With this acquisition, we believe Schneider is on track to generate $1 Billion in annual revenue in our dedicated operations with over 5,000 trucks.”

MLS annual revenues are approximately $205 million, and the acquisition is expected to be immediately accretive to Schneider’s earnings per share. MLS financial results will be reported in dedicated operations as part of the Truckload segment beginning in the first quarter of 2022.

“Schneider is a well-established company and a great cultural fit,” said MLS Vice President Dave DeMoss. “We are excited to be a key component to Schneider’s dedicated growth strategy.”

According to the news release, Schneider financed the transaction through cash on hand.