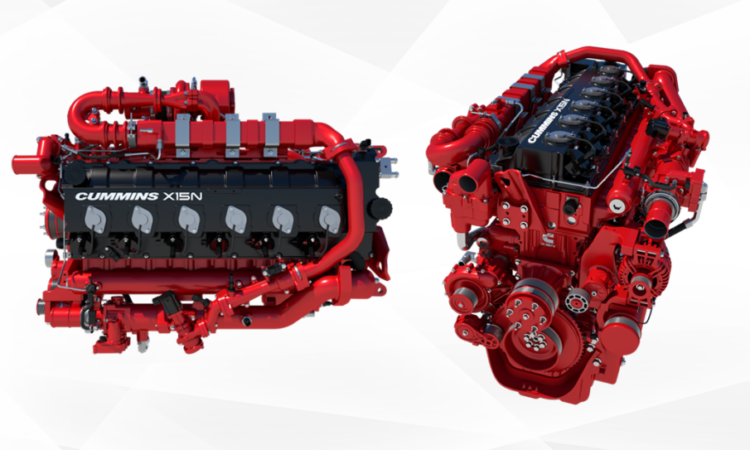 With all the buzz surrounding battery-electric and hydrogen-fuel-cell-electric trucks as the best ways to slash transport emissions, natural gas is once again emerging as a significant challenger to the clean power sources.

The fuel has admittedly lost its luster since it last exploded in popularity around 2011. At the time, diesel prices were skyrocketing and the differential in fuel costs was driving demand. Then, in 2014, Westport stopped producing its 15-liter engine — adopted early by the likes of Bison Transport and Groupe Robert. Volvo shelved plans to develop its own 13-liter offering around the same time.

Suddenly, a 12-liter engine limited to 80,000-lb. gross vehicle weights was the heaviest option available. Great for the U.S. Not so much for Canadian fleets seeking the muscle to haul heavier payloads over mountainous terrain.

Meanwhile, diesel prices declined, squeezing what was once a gaping price differential between the two fuels, and suddenly natural gas was no longer in vogue, except in certain niche segments such as refuse.

But as the trucking industry is forced to phase out emissions, could natural gas re-emerge as a popular option?

Cummins thinks so. Last October, it announced plans to bring a 15-liter natural gas engine back to the North American market. Further, that engine will serve as the foundation of a hydrogen-fueled internal combustion engine Cummins is developing.

“There’s been a dramatic increase in customer enquiries since the announcement,” he told Today’s Trucking. “The 15-liter, specifically in Canada, opens a ton more doors.”

The engine already complies with the next round of EPA emissions standards set to take effect in 2024. It doesn’t come saddled with emissions aftertreatment systems requiring diesel exhaust fluid. It produces 90% less NOx than diesel. It weighs about 500 lb. less than a 15-liter diesel. It delivers diesel-life performance. And it’s the only option today that can deliver not just carbon neutrality, but a negative carbon output when fueled by renewable natural gas (RNG). Oh, and diesel prices are once again on the upswing.

“When talking to people in Canada, they feel the pressure of the carbon taxes,” Donnell said. “Fuel costs are beginning to be a real issue.”

David Hiller, president of Hiller Truck Tech, sees the arrival of a 15-liter natural gas engine as a boon to the natural gas truck market in Canada.

In recent years, Hiller Truck Tech has been completing retrofits for fleets looking to convert to natural gas, save on fuel costs, and satisfy corporate environmental directives. Hiller imports used trucks from the U.S., restores them, and swaps out the diesel engine for the 12-liter Cummins ISX G.

“At what point are they going to realize electric is not the be-all and end-all?” he asked. “Renewable natural gas is going to beat electric hands down, any time. With RNG you can have a negative carbon footprint. Electric will never be that good. Most forms of electricity aren’t carbon-neutral. Natural gas will be the leader and needs to be the leader because it makes sense right now and is not some pipe dream.”

Fleets running natural gas in Hiller’s area near Ayr, Ont., are paying about 65 cents/liter for the fuel, he said. While RNG costs more, Hiller said there will be opportunities to recapture that premium through the collection and sale of carbon credits. Natural gas fueling stations have been popping up throughout Canada and the U.S., but there are still pockets where it can be difficult to find.

Donnell said today’s natural gas users are often private fleets, with on-site fueling islands and dedicated lanes. Longhaul for-hire carriers will need to consider their backhauls when deploying natural gas-fueled trucks. While they have a range of up to 1,200 km between fills, more planning will be needed when delivering to certain areas such as Montana, Wyoming or the Dakotas, Donnell acknowledged.

“The backhaul is going to be the challenge. There are some regions that don’t have public fueling and that needs to be in place to make this the same experience as diesel,” he said.

With fuel savings once again making natural gas an attractive option, Donnell still sees the biggest driver being the environmental, social and governance (ESG) policies of major shippers. Last April, for example, Amazon inked a five-year RNG supply deal with Clean Energy Fuels as well as the right to acquire up to 20% of the company. It claims to be the largest corporate buyer of renewable energy in the world, and plans to be carbon-neutral by 2040 with RNG-fueled trucks a key part of that plan.

“Amazon right now is all-in on RNG in the U.S. and is doing the same thing in Europe. Decarbonization is the key piece,” Donnell said of corporate decisions to embrace natural gas. “It’s the only technology available that does this today.”

Closer to home, Hiller is seeing the same trend, with customers increasingly asking about natural gas as their own customers place low-carbon transport requirements into their contracts. One local anaerobic digester that produces RNG requires all the plant’s by-products to be hauled by trucks powered with natural gas or a hybrid involving the fuel.

While Cummins is pursuing all manner of zero-emissions transport options – including electrification and fuel cell – Donnell said it will be difficult to beat natural gas. He notes much of today’s hydrogen is created using natural gas, too.

“You’re going to have to find a cleaner way of doing that,” he said. “You can only build so many windmills and solar panels. Hydrogen today is based on a process using natural gas. When you factor in the full lifecycle of energy, RNG at this point has a very favorable return.”

For Claude Robert, head of Groupe Robert and an early adopter of natural gas, the 15-liter engine is needed – along with electric and fuel cell technologies – to achieve coming emissions targets.

“There is a real need for this product for at least the next 10 to 15 years,” he said. “Electric trucks are real, but the reality of having a fleet of 500 [electric] trucks is a dream – sorry, a nightmare – and totally impossible. The future is a mix of many energy sources. Capturing and burning the methane [as RNG] available around the globe is another way to improve the environment and reduce logistics costs.”