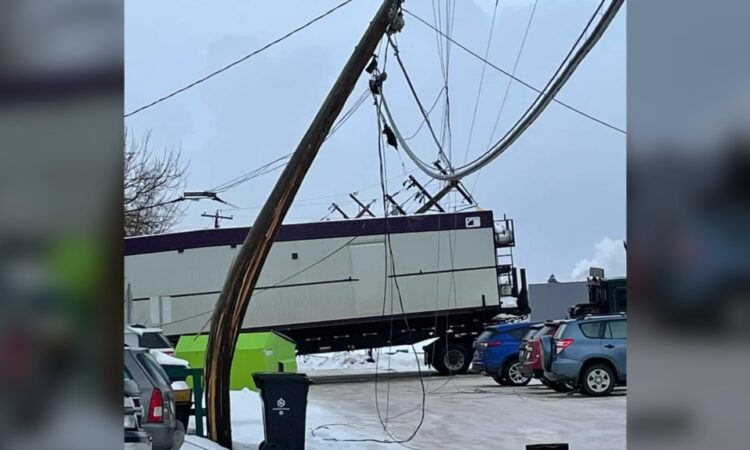 Nearly 200 Fortis Alberta customers in Fort Saskatchewan are without electricity and phone service after an oversized load knocked several lines down on Monday.

RCMP say an oversize load was unable to safely clear the height of wires running above Sherridon Drive between 97 and 99 streets, knocking the lines down around 1 p.m..

No injuries were reported to police. 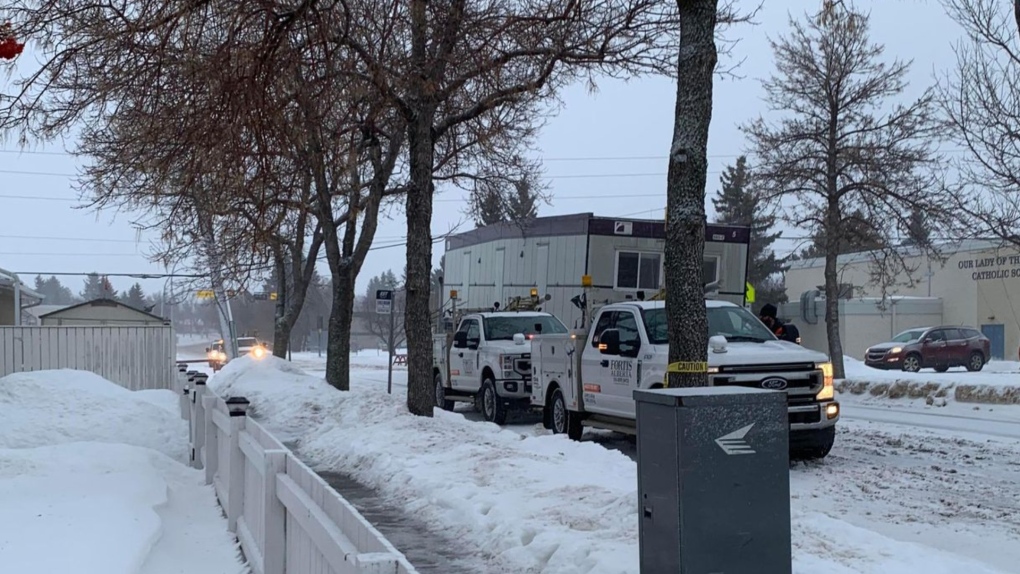 Emergency crews responded after power lines were downed and damaged by an oversized load in Fort Saskatchewan on Monday, Jan. 17, 2022 (Source: Kevin Oudith).

According to Fortis, power is expected to be restored by 10 p.m. Several schools and businesses in the area are also affected by the outage.

Motorists are asked to avoid the area as crews complete repairs.