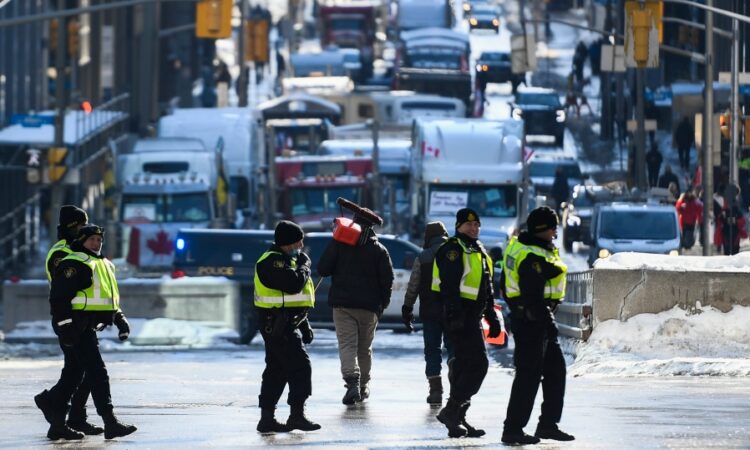 The High Commission of India, which is based in Ottawa and provides consular services, has released an advisory telling Indian citizens living in Canada or those planning to travel there to “exercise a high degree of caution” due to the protests against COVID-19 restrictions and vaccine mandates in Ottawa and elsewhere.

The statement, posted by the Twitter account for the commission on Tuesday, mentioned that a state of emergency had been declared in Ottawa and that other cities, including Toronto, were also seeing protests associated with the trucker convoy.

It urged Indian citizens to “remain alert” and “avoid areas where demonstrations and large gatherings are taking place, such as downtown Ottawa.”

It also said citizens should monitor local media for updates and that a helpline would be set up in the High Commission in Ottawa to “provide assistance and guidance to Indian citizens in distress due to the ongoing disturbances in Canada.”

Downtown Ottawa has been besieged by protests for more than a week. The “Freedom Convoy” initially focused on protesting the requirement for truckers crossing the border to be vaccinated against COVID-19 in order to avoid quarantine, but has since broadened to encapsulate a range of anti-vaccine sentiment and protests against government policies.