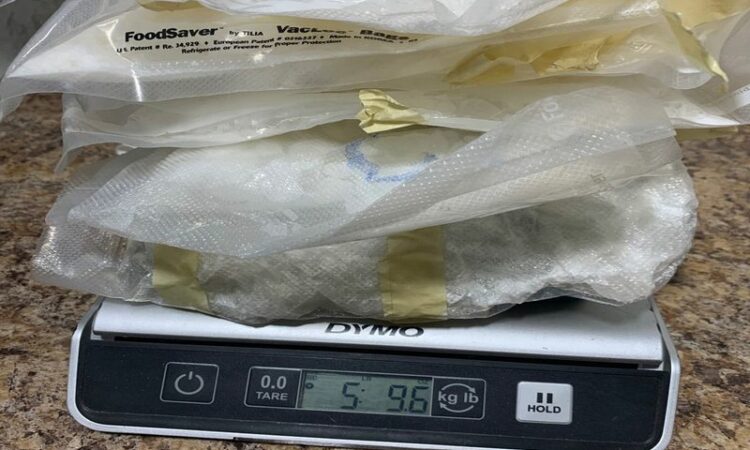 DETROIT, MI — Two Canadian truckers are facing federal charges in Michigan after allegedly trying to smuggle more than 200 pounds of methamphetamine out of the U.S.

In the words of one assistant federal prosecutor, the amount is among the largest the courts are likely to see.

In an affidavit, a U.S. Department of Homeland Security special agent wrote that on Nov. 11, Customs and Border Protection officers contacted his agency about an inspection of commercial truck drivers Sandeep Singh and Karanpreet Singh. The Singhs are permanent Canadian residents.

According to CBP officers, Sandeep Singh tried driving a commercial truck with an attached commercial trailer from Detroit to Windsor, Canada, via the Detroit Ambassador Bridge around 11:20 p.m. on Nov. 10. Karandeep Singh was a passenger in the truck, the affidavit states.

CBP officers selected the truck for random inspection after it entered the outbound plaza for the bridge. During the inspection, the officers asked the Singhs where they were coming from and what they were transporting.

“California with broccoli,” Karandeep Singh answered, the affidavit states. The Singhs also said they worked for Pride Group, a commercial trucking company based in Brampton, Ontario.

Asked if they had any guns, drugs, or more than $10,000 in U.S. currency, the Singhs said they did not. The Singhs exited the vehicle as officers searched it.

During the inspection, officers lifted a bottom bunk in the truck’s sleeping area and found vacuum-sealed bags containing a white crystal substance. Officers field tested the substance, which was shown to be d-methamphetamine hydrochloride, a stimulant that under the trade name Desoxyn is used to treat ADHD.

A K-9 unit was brought in, walked around and inside the truck, and indicated the presence of more drugs, the affidavit states.

Officers removed 45 vacuum-sealed bags containing the white substance from under the bottom bunk in the truck’s sleeping compartment. Officers field tested the substance in eight of the bags, all of which indicated it was meth.

The affidavit goes on to say that “commercial truck drivers are actively involved in smuggling methamphetamine from the U.S. into Canada and are paid approximately $500 – $750 per kilogram smuggled” and that “commercial truck drivers involved with methamphetamine smuggling typically receive under 40 kilograms to smuggle per occasion, unless they have completed multiple successful smuggling ventures.”

Officers informed the Singhs of their Miranda rights. Both elected to remain silent and asked for attorneys, the affidavit states.

At no time, the affidavit states, did either man ask why they were being detained, or for how long they would be.

“This behavior is extremely odd, as subjects detained for various reasons at the bridge often inquire as to why they are being held, what they did wrong, and when they’ll be free to leave,” the agent wrote in his report.

Both Singhs had their initial appearance before U.S. District Magistrate Judge Anthony P. Patti on Nov. 11. The judge informed them they are each charged with possession with intent to distribute controlled substances, a conviction of which has a mandatory minimum sentence of 10 years, with a maximum of up to life imprisonment.

The Singhs on Nov. 16 appeared before U.S. Magistrate Judge Jonathan J.C. Grey for a detention hearing.

“This is one of the larger drug cases I think the court is ever going to see,” said Assistant U.S. Attorney Robert J. White.

The mandatory minimum 10-year sentence is attached when the amount of meth is 500 grams, White said.

If the Singhs were convicted at trial, their sentencing guidelines would range from 235 to 294 months, White said.

The Singhs are to appear before U.S. District Judge Gershwin A. Drain for plea hearings the morning of March 31.