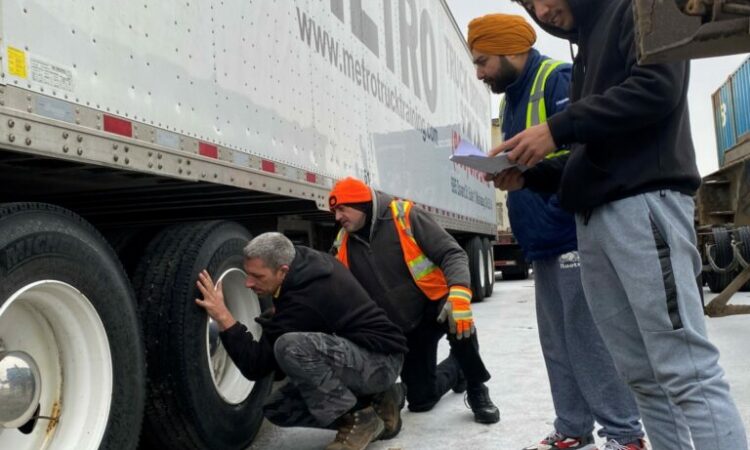 A truck driving school in Mississauga, Ont. says MELT (mandatory entry-level training) can be delivered for $3,500, after safety professionals and other institutions raised concerns about low-priced training.

Chris Cierpich, founder of Metro Truck Driving School, says, “We are not jeopardizing safety. For some people a low price looks fishy, I welcome them to come see me, I will show you it’s not.”

Recently, Ontario truck driver training institutions and safety professionals claimed fraudulent activity by some schools that offer A/Z training for very low tuition fees — and a report by the province’s auditor general raised concerns of its own.

Some school owners said the cost of delivering the program was around $4,000 and a safety professional put the figure at $6,000-$7,000. The Auditor General of Ontario admonished the Ministry of Colleges and Universities (MCU) in an audit released in December 2021, saying the ministry cannot effectively confirm instructor qualifications in private career colleges providing commercial truck driving programs.

Metro owner George Cierpich says the school offers low-priced training by maintaining a high volume of students and keeping margins small. “You can’t say it is not possible based on the price. It was about staying in business at a competitive time. Fees go up and down, it was important to keep our employees working, keep class sizes large so that the cost per student was spread,” he said.

Metro is a Truck Training Schools Association of Ontario (TTSAO) founding member, and its low-fee advertising did not go unnoticed for long. Another member lodged a complaint with the association.

Lisa Arseneau, chairwoman of the TTSAO’s insurance group says this prompted the association to conduct a requalification program at Metro last June. “We requalified them in great standing, the results were excellent,” she said.

Metro owns nine trucks and 13 trailers and employs 15 instructors – 10 full-time and five part-time – to provide training to students. All instructors have at least five years of experience, the school said.

Founder Chris, who is semi-retired and helps his son George, says except for a truck with a manual transmission, all the equipment is less than two years old and paid for.

Owner George says there are between 20 and 30 students enrolled each month. “We have new trucks and equipment is running so we have no downtime.”

The family owns the 7.5-acre yard that is a short drive from the school where student drivers are trained and rents out space to tenants for truck and trailer parking. The rental income helps offset costs.

“In Mississauga and Brampton there are more truck driving schools than Tim Hortons and McDonald’s combined. We don’t have to make a big profit.”

“In Mississauga and Brampton there are more truck driving schools than Tim Hortons and McDonald’s combined,” Chris says. “We don’t have to make a big profit. We will not compromise the delivery of the MELT program.”

The school spreads 103.5 hours of training over five weeks.

The first week has 36.5 hours of classroom training. Instructor Harry Snider says classes are conducted online, offering 10 modules of information, each about half a day long.

“Students have to answer a test at the end of each module where they have to score a minimum of 80% before they are allowed to proceed,” he said.

Pre-trip inspection training is carried out over 17 hours, done in groups of four students, with an instructor.

Training on the road is conducted one-on-one for 32 hours. Classes are conducted seven days a week from 4 a.m. to 12 midnight.

Chris says the biggest expense is labor. Instructors are paid around $30 an hour. Sixty labor hours are spent on each MELT candidate – 50 hours one-on-one; 17 hours with four people for pre-trip inspection, amounting to five hours a student, plus classroom instruction.

George welcomed more oversight of private career colleges that offer truck driver training. He said MCU inspectors need more education from the MTO regarding what they need to look for in trucks and equipment. “Paperwork can be changed but a truck is a truck, if it’s got one axle it’s got one axle. You are not going to put a second axle on it tomorrow and take it off the next day. Things like that are easy to spot,” he said.

TTSAO’s Arseneau says, “We can’t tell them how to advertise to get people in the door, but we can dictate that you’d better be up to our standards, or you will not be part of the TTSAO, and they (Metro) are.”