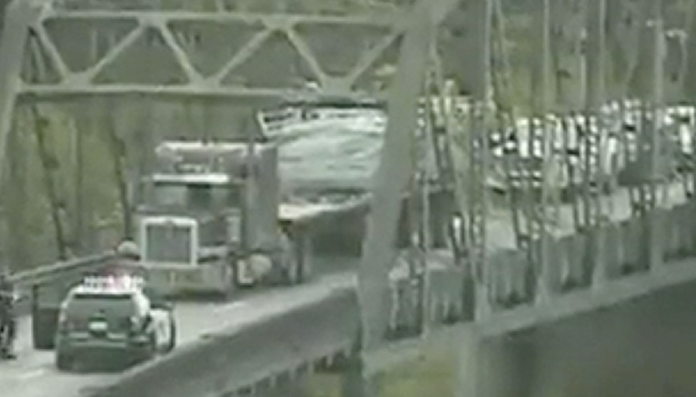 A Washington bridge is closed until engineers can examine the structure following damage from an oversize load.

The accident happened on Monday, May 16th on the Snohomish River Bridge along State Route 529 in Everett, Washington.

According to Kiro 7 News, the semi truck’s load got stuck on the supports of the bridge while attempting to cross.

As of 5:30 p.m. Washington State Department of Transportation reports that “the oversized load is now off the northbound SR 529 bridge in Everett, but the structure will remain closed until we can conduct a thorough inspection.”

No further information has been released.https://cdllife.com/2022/unknown-when-wa-bridge-struck-by-oversize-load-will-reopen/