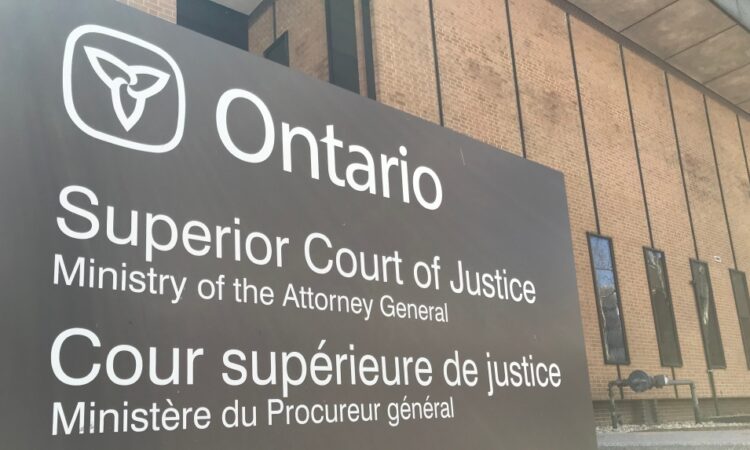 The owner of a local transport truck company has been sentenced to nine years in prison after he was found guilty of importing drugs into Canada.

Preet Kiran Singh Gill, 47, was in court Tuesday to hear his sentence. In April, he was found guilty of importing cocaine into the country as well as being in possession of cocaine for the purpose of trafficking.

On Sept. 18, 2017, during a secondary inspection at the Ambassador Bridge, Canada Border Services Agency (CBSA) officials found and seized 25 blocks adding up to 30.6 kilograms of cocaine within the load of a transport truck.

Truckers Gill, who owned the trucking company, and driver Suresh Sharma were arrested and charged upon their return from California.

During the trial, Gill’s legal counsel suggested that he and Sharma were not aware cocaine was being added to their cargo.

Justice Pamela Hebner rejected that suggestion saying it was implausible. She pointed to three undocumented stops on the way back from California where the cocaine could have been loaded.

Tuesday, Gill was handed a nine-year sentence, minus sixteen days for time served, for importing cocaine and six years for possession for the purpose of trafficking, to be served concurrently.

Gill’s wife broke down in tears when he was brought into custody following sentencing.

“This whole matter has not been good for anyone in the family as you can imagine,” said Miller.

“We can hope when we get decisions like this that it’ll prevent other people from doing the same crime,” he said.

Smith says this type of activity happens too often.

“Seizures at the border here in Windsor and Sarnia, our officers are responsible for that and we’re going, I’m gonna say probably once a month for these large seizures.”

Gill’s lawyer says errors were made when assessing facts during the trial.

“The appeal process has already been started. We anticipate him being released on bail pending his appeal on Monday,” said Miller.

If the appeal is granted Miller says it could be up to a couple of years before the case is back in court for a retrial.