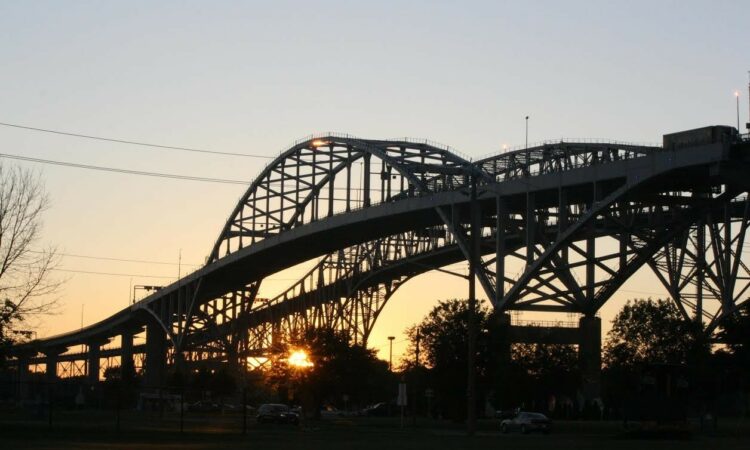 Michigan police have arrested four men, including a Canadian truck driver, following a lengthy investigation into the smuggling of narcotics across the Blue Water Bridge.

The St. Clair County Drug Task Force and Homeland Security Investigations (HSI) Border Enforcement Security Task Force (BEST) moved in on a semi-truck after it crossed the bridge and had parked at a closed business on Gratiot Avenue in Columbus Township, at around 2:30 a.m. Thursday, August 18.

It’s alleged that the semi had backed up to a van and individuals were transferring the load of suspected narcotics.

Nearly 350 pounds of marijuana and 24 pounds of MDMA, commonly known as ecstasy, was seized.

The estimated street value of the drugs is over $1 million.

A third male driver was arrested when a second van showed up during the bust, and police didn’t specify where the fourth individual was arrested.

However, a follow-up search was carried out at a home in Detroit where a firearm, ammunition and a large amount of U.S. currency was seized.

Devin Bruemmer, Mason Hernandez and Manraj Singh were charged with controlled substance delivery of ecstasy and marijuana and maintaining a drug house.

James Haynie faces a firearm felony and was charged with conspiracy to commit controlled substance delivery and maintaining a drug house.

Sarnia News Today has asked which of the individuals charged was from Canada and is awaiting a reply.