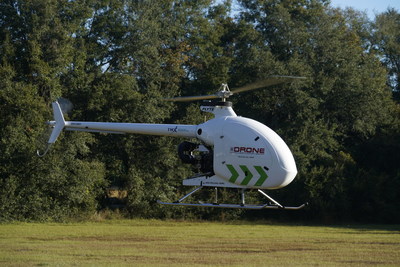 The Company recently exhibited the Condor drone at the Commercial UAV Expo in Las Vegas-USA, which is recognized as one of the preeminent tradeshows for the drone industry with over 4,000 attendees from over 24 countries and 230 exhibitors. The Condor was the largest drone to be exhibited at the UAV Expo, and management reports that it was very well received at the show.

The Company is nearing completion of an avionics upgrade for the Condor, as previously disclosed in the Company’s management discussion and analysis for the six-month period ended June 30, 2022, and the Company reports that it has subcontracted some of the engineering and development work to accelerate the development. DDC is expected to achieve further development milestones in the fourth quarter, including recommencing flight testing upon conclusion of this upgrade.

Furthermore, DDC has also bolstered the engineering team with the addition of Mr. Michael Poma as the new Director of Engineering. Michael brings 20 years of engineering experience in the aviation field with a track record of successful product development projects. Michael is also well versed in aircraft compliance as well as Transport Canada, FAA and EASA airworthiness requirements.

“We are extremely pleased at the positive response the Condor received during the Commercial UAV Expo and we are excited to continue the development of the Condor drone which is the top priority for our company. The addition of Michael Poma to our team will only strengthen our engineering capabilities and leadership to continue to propel us forward from a technology perspective,” said Steve Magirias, CEO of DDC.

Drone Delivery Canada Corp. is an ISO 9001 certified, award-winning drone technology company focused on the design, development, and implementation of its proprietary logistics software platform, using drones. The Company’s platform is intended to be used as a Software as a Service (SaaS) model for government and corporate organizations globally.