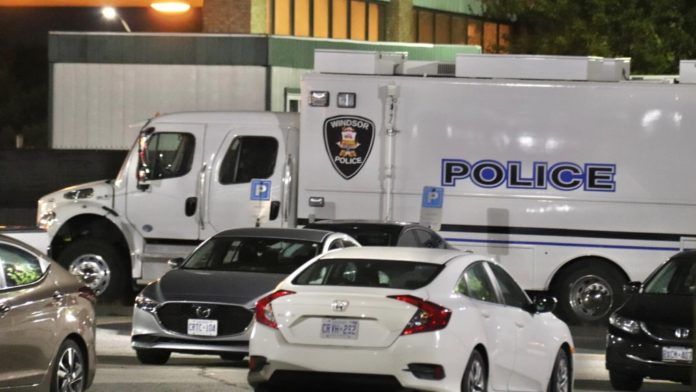 More than 50 truckers were stuck on the wrong side of the Ambassador bridge on Sunday night as police investigated a “suspicious package” found inside of a vehicle.

The incident happened on Sunday night at 9 p.m. on October 2nd on the Ambassador bridge between the US and Canada.

According to CTV News, the package was found inside of a Canada-bound vehicle and was investigated by Windsor Police Service’s Explosive Disposal Unit, who shut down Canada-bound traffic on the bridge for an initially “undetermined amount of time.”

During the investigation, car traffic was diverted to the Windsor-Detroit Tunnel, while trucks were  forced to park and wait.

“[Police] took all the cars away and sent them to the tunnel and they made all the trucks park in the compound at [the] duty-free. There’s about 50-75 trucks,” Todd Marciano, a trucker stuck on the U.S. side of the border, told CTV News.

“We’re kind of tossing back and forth the idea of staying [in Detroit overnight] or leaving to drive to Sarnia. My company is wondering how they’re going to get the trucks back because they need them Monday morning,” Marciano said.

The bridge was reopened several hours later “after conducting a series of precautionary tests, the package was opened and found to contain an electronic scale, drug paraphernalia and suspected narcotics. The case has been turned over to the Canadian Border Services Agency for investigation,” said police.