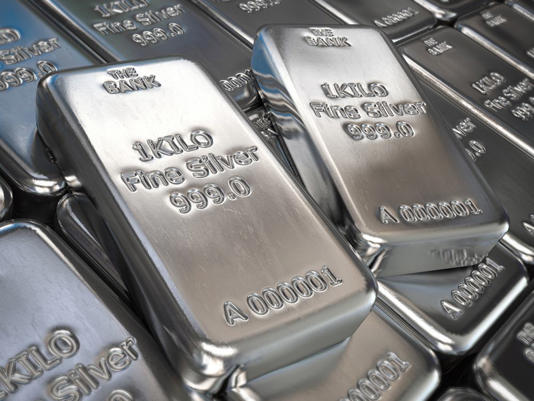 In January 2020, a Quebec trucking company received an email with a secret code and instructions: It was to pick up US$10 million in silver ingots from a Montreal railyard, and take the valuable cargo to a warehouse.

The email had all the necessary information — the weight of the cargo, the correct container number and the secret code — so the silver was driven out of CN’s Montreal rail lot and to a LaSalle, Ont., warehouse.

“This case has all the elements of an Agatha Christie whodunit,” wrote Kevin R. Aalto, a federal court judge, who dealt with case management questions to do with a resulting lawsuit.

It turns out the email was likely fraudulent. Thieves had allegedly gained access to the secret code and other details and changed the delivery location, pulling off a remarkable international heist.

To date, only token amounts of the silver has been found across Canada and the United States. It’s a remarkable tale of international intrigue, and somewhere, a m

odern-day Auric Goldfinger is sitting on some 20 tonnes of silver.

The tale, revealed in court documents in a civil lawsuit, has its origins in Korea. It involves a number of well-known international firms, and the missing silver is now subject to lawsuits in both Canada and South Korea.

“A valuable stolen cargo, a secure location, multiple possible suspects, an unknown perpetrator, and, a trucking company that was given the pickup code with instructions to deliver the cargo to a location unknown to any of the parties,” Aalto wrote.

At present, a civil lawsuit regarding liability for the missing silver is working its way through Canadian courts, and decisions to date have largely focused on procedural matters of jurisdiction. Yet, the details of the stunning heist, are buried between discussions of maritime law and in-depth analysis of a bill of lading.

The tale features a variety of companies and subcontractors.

In January 2019, Korea Zinc contracted Brink’s, the private security company, to transport the silver from Korea to New York, with a stopover in Canada.

A variety of subcontractors entered the equation. Brink’s contracted Ex-Logistics to arrange shipment by rail and sea to Canada. Ex-Logistics, in turn, hired Woowon Sea & Air Co. Ltd., a freight company, as the “carrier,” court documents say, and Binex Line Corp, a California-based international transportation company, which has offices in Canada, as the “consignee” of the silver. (The Federal Court ruling differs somewhat from the initial case management decision, and says Brink’s was the “consignee” — the party legally allowed to receive the cargo — and refers to Binex as both a “notify party,” an entity which must be notified of the shipment’s progress, and a consignee.)

Maersk Lina A/S, an international shipping company, was hired by Woowon to ship the cargo.

The heist seems to hinge around a special pickup code, which Maersk generated, to allow the release of the cargo from the CN railyard in Montreal. Maersk, according to court documents, released a pickup code to Binex. Without that code, the CN railyard would not release the cargo.

“The sole role of Binex was to receive the pickup code from Maersk and release it to Brink’s, who would transport the cargo to its final destination in New York,” Aalto’s ruling says.

“The reception of that email and the subsequent access to it by the thieves are the subject of ongoing investigations,” Aalto’s ruling says.

It’s unclear who is investigating the theft.

Requests for comment to the Royal Canadian Mounted Police and the Sûreté du Québec were not answered by deadline.

Four days after in arrived in Montreal, Oriental Cartage, a trucking company based in Laval, Que., received a pickup email. It contained the “correct container number, pickup code, and weight of the Cargo,” Aalto’s ruling says. (Oriental Cartage is not involved in the lawsuit.)

The silver was taken to a warehouse in LaSalle. And then it vanished.

“It was later determined that the pickup email sent to Oriental Cartage was fraudulent,” Aalto says.

The theft led to the lawsuits between various parties over who is liable.

The court proceedings in Canada have, largely, to do with issues of jurisdiction and whether Canadian courts can sort out the suits, as Woowon sought a stay of proceedings in Canada, so that it could be litigated in Korea. The court disagreed; Woowon appealed, and on Nov. 7, 2022, Justice Henry S. Brown, a Federal Court judge, dismissed the appeal.

Legal representatives for CN, Woowon, Binex, Brink’s and Maersk did not return requests for comment by deadline. Ex-Logistics was initially a defendant in the case, but claims against it have been dropped.