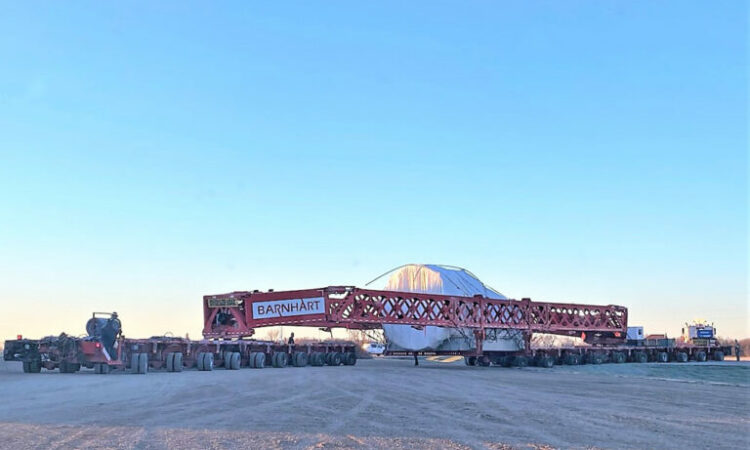 RURAL NORTH DAKOTA — North Dakota officials are asking motorists to be patient as a huge 36-axle oversized load makes its way through highways 85 and 2 on Wednesday, Nov. 16.

The load, described as a giant turbine, weighs close to 1 million pounds and is 25 feet wide, according to the North Dakota Highway Patrol (NDHP).

The route through North Dakota began on Highway 85 at the South Dakota border.

It will travel north along Highway 85 to Williston, North Dakota, then turn west on Highway 2 heading toward Montana.

Traffic on highways 85 and 2 will be affected as the load makes its way through the state.

“#NDHP asks that motorists consider an alternate route since delays are expected. There are no planed road closures, just expected delays,” according to a Facebook post from the NDHP.