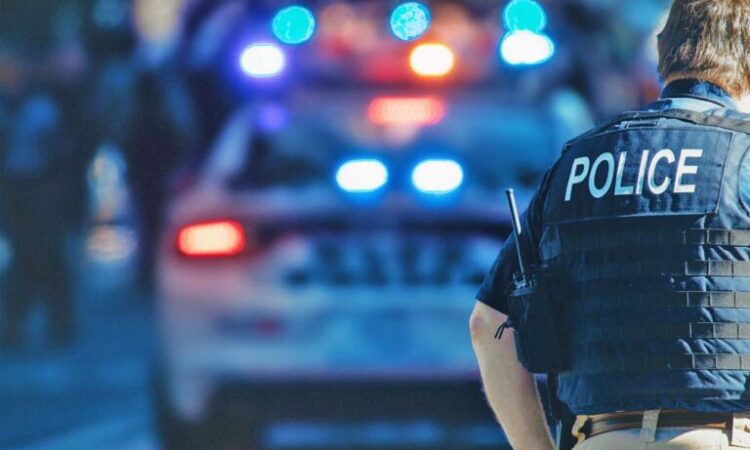 Ben Graham stopped in Woodstock, N.B., and discovered a mysterious package taped to the cab

CHARLOTTETOWN, P.E.I. — A Charlottetown long-haul truck driver said he’s living proof anyone can be the victim of cross-border smuggling.

Ben Graham, who works for SFX Transport, formerly known as Seafood Express, had just crossed the border into Canada in November when he stopped for a break in Woodstock, N.B.

Before resuming his trip to P.E.I., he did a walkaround inspection of the rig and discovered a package had been taped to the inside of the panel of his truck.

“My first thought was, ‘this is not supposed to happen to me,'” Graham said in an interview with SaltWire Network on Dec. 5. “I put my gloves on because you don’t know what it is. You could tell there were different coloured tapes and it was done haphazar and by someone who wanted to get it on quickly and get out of there.’’

Graham said he had done a thorough walkaround inspection of his truck less than 24 hours earlier and the package wasn’t there.

“Whoever put it there was likely waiting for me to stop on the other (Canada) side of the border.’’

Graham removed the package but didn’t open it. He threw it on the ground and stomped on it.

“I could tell something was breaking.’’

He then folded it and disposed of it in the garbage.

Chris McKee, executive director of the Atlantic Provinces Trucking Association, said Graham’s experience is not a common occurrence in the region.

“There would be protocols to follow with this type of occurrence,” McKee said in an email. “We … commend him for catching this. As always, we encourage all drivers to be diligent with their walkaround inspections.”

“In the law’s eyes you should never touch it but I’m proud of Ben for catching it,” Rea said. “I think the police would have been more interested in finding out what was in (the package).”

However, Rea said 90 per cent of truck drivers would have reacted the same way Graham did, fearing that police wouldn’t believe them.

“Plus, these drivers are on a tight schedule,” Rea said, referring to the length of time a driver might be detained with a full load. “Drivers don’t see laws. They only see, ‘we’ve got to get from (point) A to B in a safe manner.'”

Graham said after the initial shock of finding the package wore off, his next concern was his personal safety if the person waiting for the package saw him stop in Woodstock.

Graham said he hopes whoever was waiting for the allegedly smuggled package saw him take it off the truck and destroy it.

“My intent was destroying it because I don’t want anyone else getting it and recycling it onto the next truck or someone getting their hands on it. I did my best to destroy it.”

Just weeks before Graham discovered the package, Rea had all drivers at SFX Transport complete a course on the importance of walkaround inspections.

Graham said it’s the first time in 45 years of driving a tractor-trailer that anything like this happened to him, admitting that alerting the authorities might have been the best call.

“It was a first-time reaction for me,” Graham said.

Rea said his company isn’t speaking out to lay blame, but to create awareness.

“This is kind of a wake-up call for us (as a company) and for all drivers crossing the border,” Rea said.

Following is what a 17-point inspection includes on a tractor-trailer: