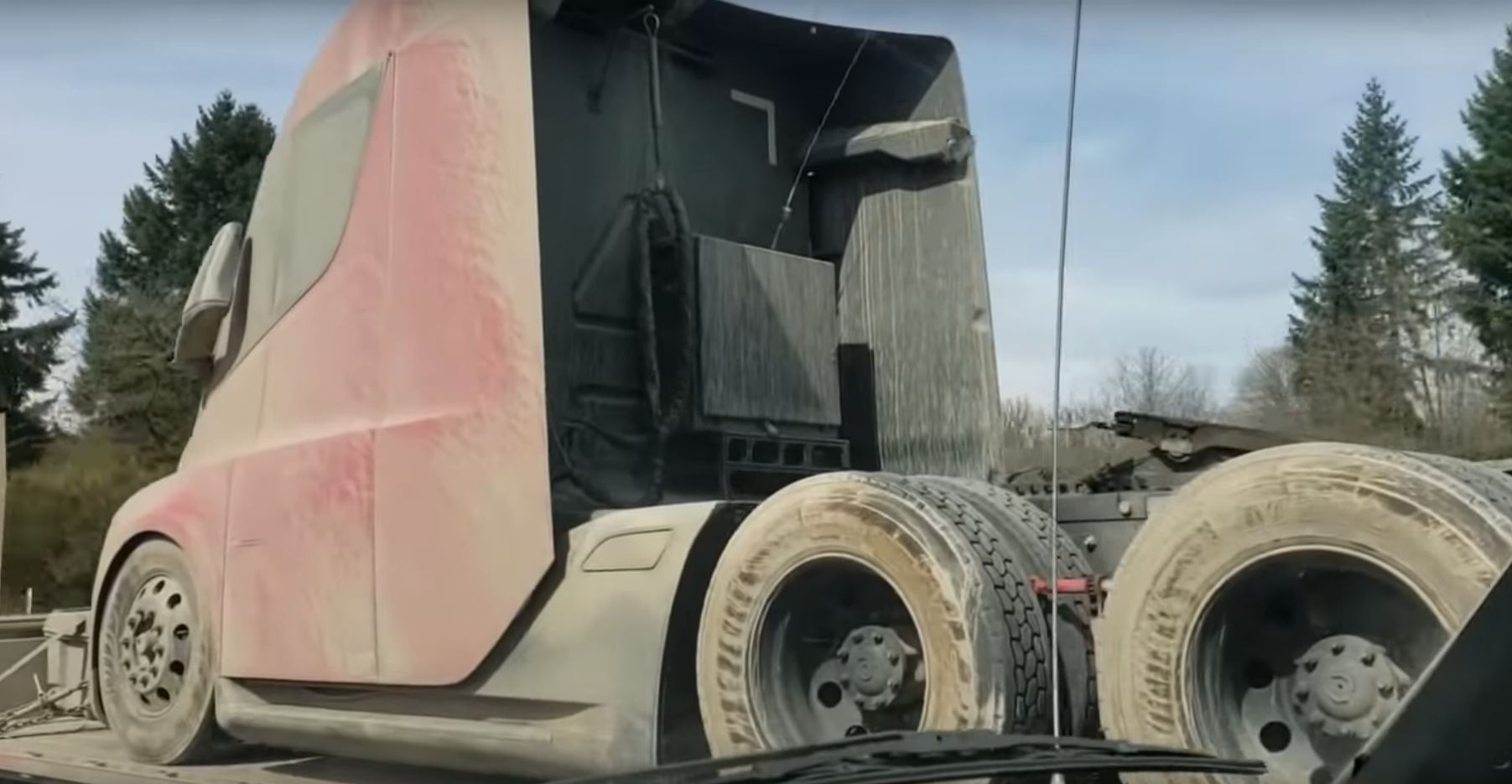 Tesla first showed the Semi back in November 2017. And although its production was delayed, just like pretty much all of Tesla’s other projects, the large truck was recently spotted being transported back home after what many believe was testing in Alaska. So it’s happening… eventually.

The semi was spotted this week both in Washington and Oregon, the two states that sit between Canada and Tesla’s home base in California. Now, back in January, the EV maker did announce that Semis would undergo some winter testing, to ensure the reliability of its product under extreme weather and low traction conditions. And it appears that’s now over.

This fully-electric commercial truck arrives with some pretty bold claims. Among other things, Tesla pledges it won’t break down for a million miles as it’s capable of running on two of its four independent motors. Some have said that the red Semi in this video has developed suspension problems already. What do you think?

Right now, Tesla’s agenda is filled with more pressing matters. The rollout of the highly-anticipated Model Y is happening, and they need to ensure it goes as smoothly as possible. Also, the company is trying to grow in China and building an all-new facility in Germany.

Additionally, the 250,000+ pre-orders for the Tesla Cybertruck makes this a primary priority. And on top of it all, Elon has pledged medical ventilators.

The Tesla Semi is now expected to reach the market within a year and should be available with two range versions, providing roughly 300 or 500 miles at maximum load. In terms of battery size or weight, Tesla has kept largely quiet, but did boast up to 400 miles of range could be added in 30 minutes.

The Semi is said to even make trucking safer, as the ‘enhanced autopilot’ function will warn of potential hazards or even apply the brakes if the driver fails to react in time.