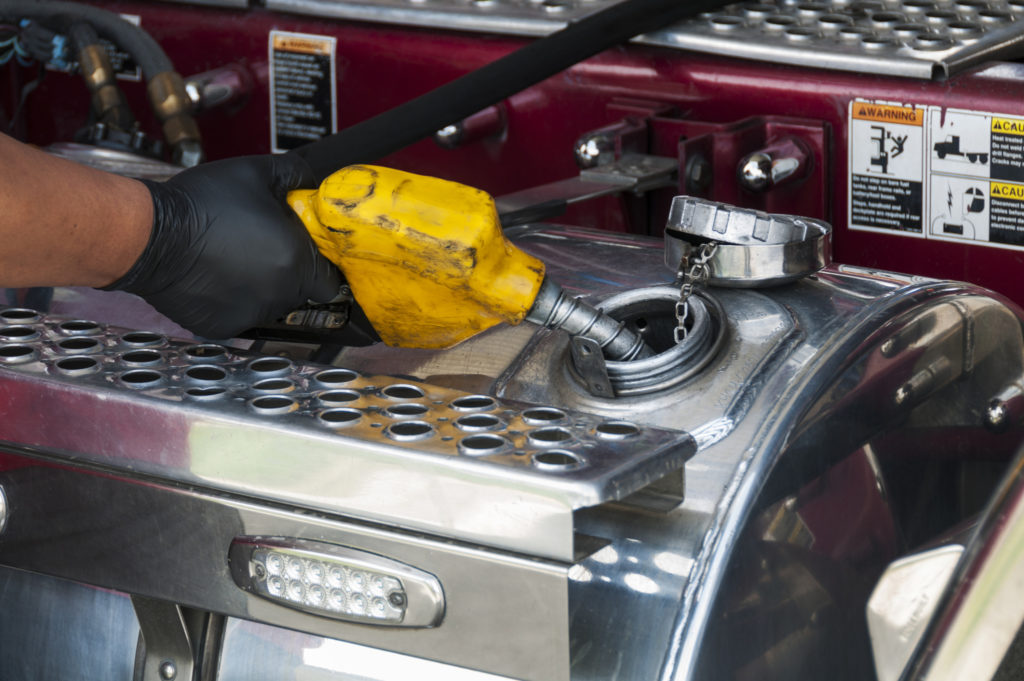 TORONTO, Ont. – It was the U.S. oil industry’s Black Monday, when the price of crude turned negative for the first time in history.

On that day, May futures contract for West Texas Intermediate (WTI), the benchmark U.S. crude, hit minus $40.32 a barrel before settling at minus $37.63.

The wipeout was blamed on a storage space crisis, triggered by a slump in demand for oil following the Covid-19 outbreak.

“A hunt for any storage space turns urgent as oil glut grows,” TD Bank said in a note to investors Tuesday.

The bank noted that the alternative was to pay buyers to take their crude, and that was what happened Monday.

But will it affect the prices at the pump, especially diesel prices?

“If refineries start to slow down or even shut down due to no demand for gasoline, this will force up diesel prices significantly as a result.”

“Diesel is the only refined product that shows any sign of stamina as the on-road transport sector is answering the call to keep the shelves full for the house-bound consumer,” said Roger McNight, senior petroleum analyst at En-Pro International.

He said diesel prices are 10 cents higher per liter now than gasoline, which is the opposite of what it should be at this time of year.

“If refineries start to slow down or even shut down due to no demand for gasoline, this will force up diesel prices significantly as a result,” McNight said.

Demand for oil has all but dried up over the past few weeks as people around the world follow stay-at-home orders, with no need to commute.

The situation was exacerbated by a price war between Saudi Arabia and Russia. The two countries have since agreed to cut supply by almost 10 million barrels per day, but the global glut continues.

Sam Goucher, senior economist at the Conference Board of Canada, said the damage brought on by Monday’s selling frenzy will be somewhat limited.

“With a large portion of North America on lockdown and airline companies suspending flights, refineries have significantly cut back the production of gasoline and jet fuel, and thus demand for crude oil,” he said in an analysis posted late Tuesday.

Will this be carried through for June futures or July or August, or even September?

“Crude will stay low as long as there is no demand for crude oil and its ultimate derivatives: gasoline, diesel and jet fuel,” said McNight of En-Pro.

“That won’t come back until Covid-19 goes away. We are a long way from that.”

“Mark this day on your calendar. You will never see a day like it again.”