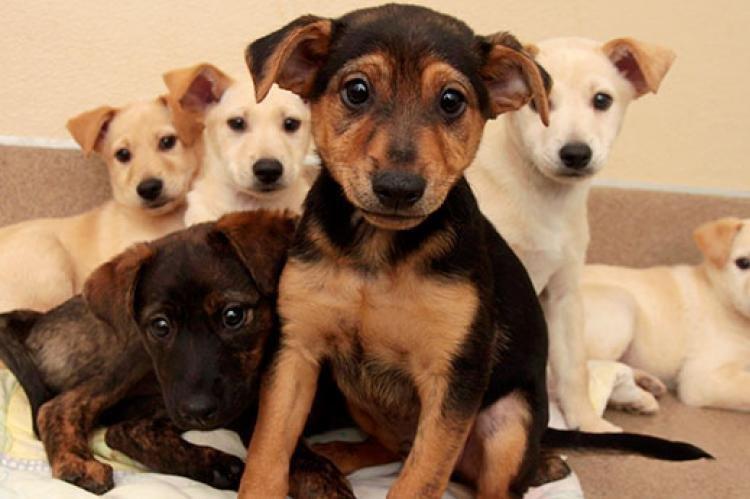 Roughly a week after a truck driver from Nova Scotia helped reunite a St. Thomas, Ont., woman with her dog, Kilt, more truck drivers have stepped up to help transport some of Kilt’s puppies to their new homes in Canada.

Kilt the border collie was dropped off with a friend in Hamburg, N.Y., before her owner, Victoria Craig, was set to make her way to Nepal for humanitarian work. The novel coronavirus pandemic saw the cancellation of Craig’s trip but also left her and her pregnant dog separated for roughly two months as the Canada-U.S. border closed to all but essential traffic.

After her seven puppies were born and Kilt was ready to return home, Craig reached out online and friends of friends were able to connect her with a truck driver from Nova Scotia, Erik MacDonald, who was able to reunite Craig and her beloved dog.

But three of the seven puppies also had homes waiting for them in Canada, so Craig and her friend in New York with the puppies, Kim Russell, reached out to see if any other truck drivers would be willing to take on some extra cargo.

The puppies were born March 1 to proud parents Kilt and Grit. Russell, of Power Tripp Border Collies, told Global News she likes to give each litter a “theme name” and for Kilt’s puppies, she chose the theme “donuts,” which is Kilt’s favourite treats.

Glazed was the first puppy to make a journey to a new home and was transported to Maine by James Young after meeting up with Russell in Springville, N.Y.

“He kept Glazed, now named Next, with him in his rig for the 13-hour journey. He sent pics and updates along the way and I’m pretty sure he enjoyed the company a lot,” Russell told Global News.

Then Ken Higgins from Cambridge, Ont., was able to take the three Canada-bound puppies across the border on April 25 as he was making a trip through Buffalo up to Ontario.

“He parks his rig in Fort Erie and then drives his personal vehicle home,” Russell explained.

“Those pups were Fritter, Long John and Dutchie. Dutchie flew out of Toronto Pearson on Sunday morning to get to his new mom out in Nova Scotia!”

The remaining puppies in the litter — Maple, Jelly and Sprinkles — were picked up by their new owners in the United States who were able to drive themselves.