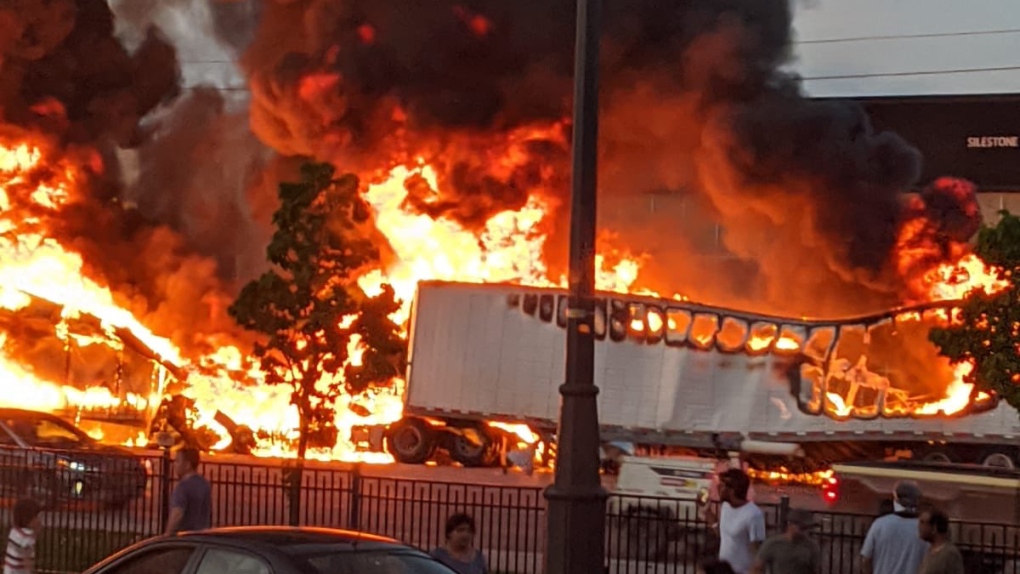 TORONTO — One person has died after two tractor trailers collided and burst into flames in Brampton.

The collision occurred at Highway 50 and Castle Oaks Crossing, on the border with Vaughan, Tuesday evening at around 8:50 p.m.

Images from the scene showed both vehicles engulfed in flames. It is not known what they were carrying or how the collision occurred.

Peel Regional Police said one of the drivers managed to escape from his vehicle safely. The other driver was found deceased after the fire had been extinguished, police said.

Highway 50 has been shut down between Trade Valley and Rutherford roads as police investigate the fatal crash.