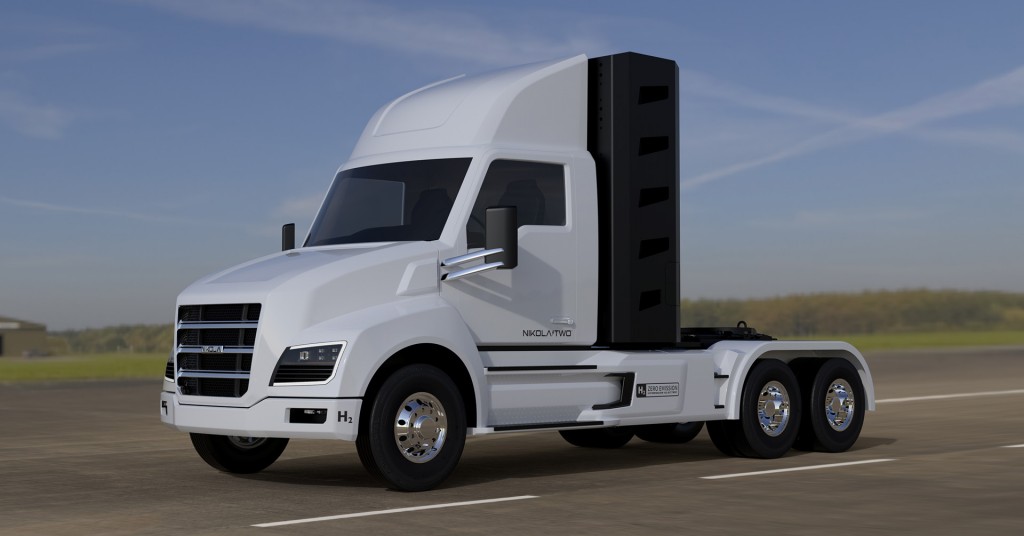 Nikola Motors hasn’t delivered a single vehicle yet, but CEO Trevor Milton believes the company has a strategy that will make it the leader in zero-emission vehicles.

In a LinkedIn post published Sunday, Milton said that battery-electric and hydrogen fuel cell vehicles don’t compete; they complement each other. Fuel cells make more sense for trips of more than 300 miles, while batteries are better suited to trips under 300 miles, Milton said.

Milton quoted an average $0.26 per kilowatt-hour to charge a battery-electric truck in California, but claimed Nikola will able to get electricity at $0.04 per kwh to run its roadside hydrogen-production stations.

The trucks themselves will also be cheaper to run, Milton said. He estimated that a 500-mile electric truck will require 1,100 kwh of batteries, costing $122,000 per truck. and added that repeated fast charging could lead to battery degradation.

Charging could also overwhelm the grid, Milton claimed. Each truck would require 1 megawatt hour of energy and would require “major modifications and new power plants” to create the needed grid capacity, Milton said.

A battery-electric truck could weigh up to 10,000 pounds more than a fuel-cell truck, putting it at a disadvantage in payload capacity, Milton said. Each pound of payload capacity lost means less revenue for the operator.

“It’s not only efficiency, it’s cost per mile,” Milton reiterated on Twitter. “They don’t go hand in hand.”

The Nikola One fuel-cell semi was announced in 2016, along with plans for the company to construct its own hydrogen network. Nikola initially discussed a natural-gas powertrain before committing to hydrogen.

It later expanded plans for that network and mapped out a second and third truck.

Then last year Nikola teased the Badger, a battery electric pickup that also has a fuel cell on board and will be able to use the Nikola network for road trips.

Prior to Nikola’s recent Wall Street run, a Department of Energy development grant was seen as an important stepping stone that the company was pushing along with its plan.