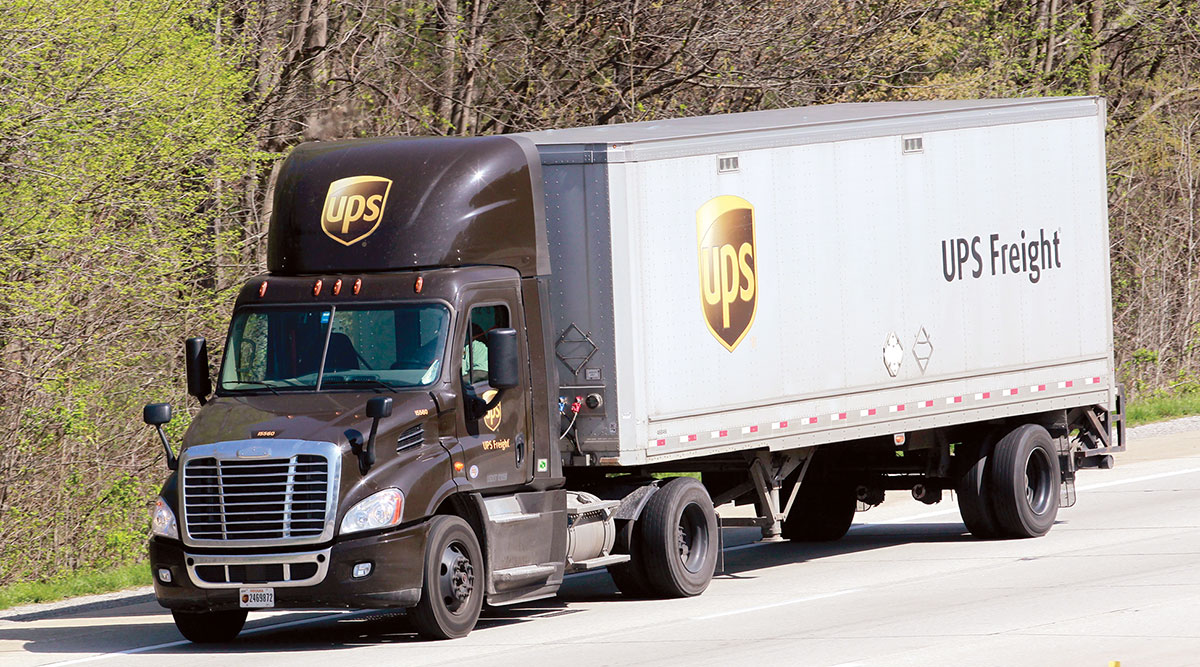 The COVID-19 pandemic has transformed 2020 into a challenging and unprecedented year for the trucking industry. Freight networks faced major disruptions as businesses temporarily closed and people stayed home to help contain the spread of the virus, bringing much of the economy to a standstill.

This public health crisis has forced North America’s largest for-hire carriers to adjust their operations while implementing ­safety measures to keep their employees healthy as they continued to deliver essential goods.

The 2020 Transport Topics Top 100 For-Hire Carriers list does not capture the pandemic’s financial impact on these companies because it is based on full-year revenue from 2019, but the economic damage inflicted by COVID-19 may very well shake up the rankings next year.

At least for now, though, the Top 100 list is fairly stable.

Overall, major fleets reported mixed results that reflect a less favorable business environment in 2019 than in 2018, which was a banner year for trucking.

One of the biggest changes on this year’s Top 100 is the absence of Cel­adon Group, which filed for bankruptcy and ceased operations in December 2019. Earlier that year, the publicly traded fleet agreed to pay $42 million in restitution for hiding losses from investors and auditors after a financial fraud investigation by the U.S. Department of Justice. Celadon, which was based in Indianapolis, had ranked No. 38 a year ago.

Further down the list, several other carriers made notable jumps.

Day & Ross Transportation Group, based in Hartland, New Brunswick, climbed to No. 37, from No. 46 a year ago. The Canadian carrier ex­panded its dedicated operations in the United States through its April 2019 acquisition of A&S Kinard and Buckler Transport.

Refrigerated carrier John Christner Trucking also continued its ascent. The Sapulpa, Okla.-based company’s ranking increased this year to No. 83, from No. 89 a year ago and No. 99 in 2018.

Another big mover was Challenger Group, based in Cambridge, Ontario. The company rose to No. 84, from No. 95 last year, as revenue increased 17.5%.

Making its debut on the Top 100 this year is FFE Transportation Services of Lancaster, Texas. The refrigerated less-than-truckload carrier checks in at No. 97.

Several other carriers are back in the Top 100 after missing the cut for the past few years. No. 88 Consolidated Fastfrate, an LTL and intermodal carrier in Woodbridge, Ontario, and No. 90 Dupré Logistics, a bulk carrier based in Lafayette, La., both return to the Top 100 for the first time since 2016.

The Transport Topics Top 100 list and the associated industry sector lists rank the largest for-hire carriers in the United States, Canada and Mexico based on annual revenue.

Most of the information comes from companies’ responses to a survey conducted by Transport Topics, along with public financial reports. S.J. Consulting Group provided revenue estimates for some carriers that did not report data. The lists also include data compiled by Bulk Transporter magazine and legal services firm Husch Blackwell.