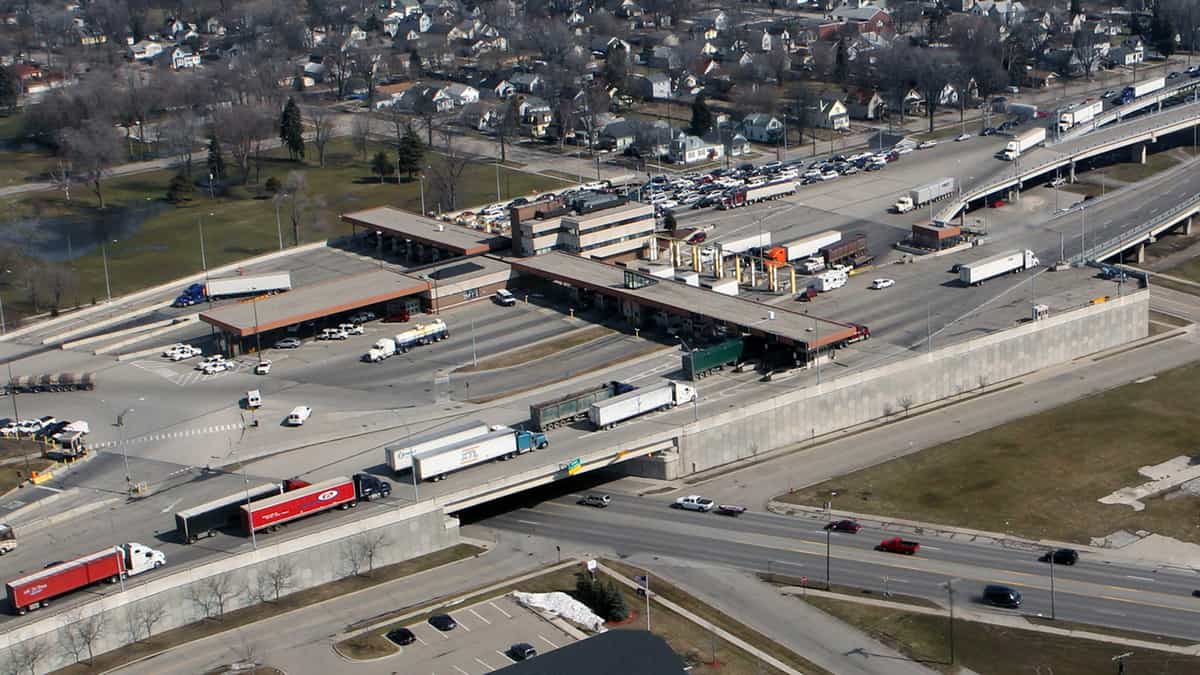 Truck crossings from the U.S. to Canada reached a pre-COVID-19 level last week, suggesting that the cross-border freight recovery didn’t miss a beat during two national holidays and the implementation of the United States-Mexico-Canada Agreement (USMCA) on trade.

About 85,000 truck drivers entered Canada from the U.S. during the week ending Sunday, data from the Canada Border Services Agency (CBSA) released Tuesday shows. An almost identical number crossed during the comparable week in 2019.

It also marks the first time since March that weekly truck crossings matched their seasonal norms. Canadian truckload freight volumes also reached their highest level of the year on June 30, according to the Outbound Tender Volume Index for Canada on FreightWaves’ SONAR platform.

Border traffic and freight volumes have trended higher in Canada since April. Before the holiday week, U.S.-to-Canada truck crossings hit within about 10% of their seasonal norm.

Last week’s border tally reflected the slowdown associated with the Canada Day and Independence Day holidays on Wednesday and Saturday, respectively. It dropped 18% from the previous week, a shallower drop than in 2019.

The recovery in border crossings and freight volumes also continued while the U.S.-Canada border remains closed for nonessential travel because of COVID-19.