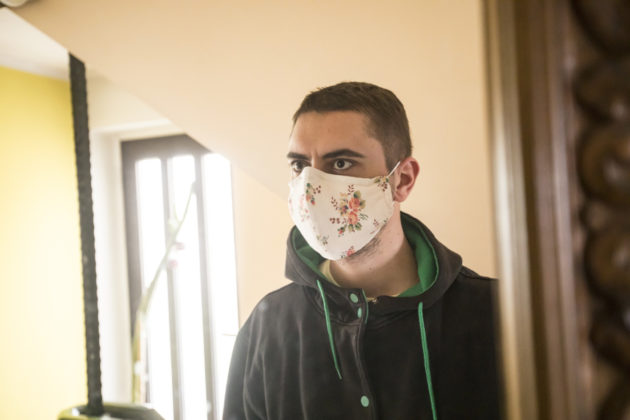 Some Ontario truck drivers are speaking out about what they’ve been witnessing on their trips to the United States during the COVID-19 pandemic — and they’re warning the Canadian government to keep the border closed to non-essential visitors.

“They’re travelling down there. They don’t wear masks,” said Leanne Steeves, a long-haul truck driver from Barrie, Ont., referring to the attitude of many Americans to the pandemic.

“It’s like they don’t care. Life is normal. Nothing’s changed for them.”

On Tuesday, CBC News confirmed the Canada-U.S. border closure for non-essential travel will be extended for another 30 days into late August. The agreement, which has to be reviewed each month, was set to expire on July 21. The decision comes as novel coronavirus cases and hospitalizations spike in several large U. S. states with little sign of a coordinated response from President Donald Trump’s administration.

By contrast, Canada has largely succeeded in limiting the spread of the virus in the last several weeks, with daily case counts, hospitalizations and deaths mostly on the decline. That’s why Steeves would like the federal government to take it even further and keep the border closed until the new year.

She and her husband Gerald, cross the border transporting goods to California every week. She said that from what she’s been seeing south of the border, proper pandemic measures are not being taken and she worries about what could happen to Canada if Americans were allowed to visit.

“I’m praying they don’t open the borders. That would just make everything up here that much worse … They need to protect our country.”

And she’s not alone in her fears.

Jeff Henderson, a long haul truck driver from Shannonville, Ont., recently posted a video on social media describing his own experiences in the United States. The video has been viewed by thousands of people on Facebook.

He spoke about seeing people turned away at an urgent care centre in Texas because they couldn’t afford a COVID-19 test. And he echoed what Steeves said about how many people aren’t wearing masks or physical distancing.

“Nobody cares, and it’s dangerous — very dangerous,” he said.

“If Canada opens those borders … You’re going to see a spike like you’ve never seen before.”

In the last few months, Henderson has travelled to New York, Massachusetts, Ohio, and most recently in late June, Texas, a state that’s experiencing a huge spike in COVID-19 cases.

“I just couldn’t believe, everyone’s standing outside. Everyone is congregating like nothing is happening.”

He’d also like to see the border closed until the new year.

In addition to Texas, California and Florida are seeing major surges in novel coronavirus cases. The United States is the worst-affected country in terms of infections and leads the world in COVID-19 deaths, with more than 136,000, so far.

Canadian government officials say they expect the border to stay largely closed for the foreseeable future, despite calls from U.S. members of Congress to consider a phased plan for reopening.

COVID-19 cases are hitting record daily highs in a large number of U.S. states — which would make any resumption of pre-pandemic travel a significant health threat to Canada.

“We recognize that the situation continues to be complex in the United States in regards to COVID-19,” Trudeau said Monday at a press conference. “Every month, we have been able to extend the border closures to all but essential goods and services and those discussions are ongoing.”

Ontario Premier Doug Ford has said he doesn’t want to see the border re-opened any time soon either.

The Canadian Trucking Alliance’s president Stephen Laskowski said in a statement to CBC News, that the pandemic has created new challenges and concerns for all workers, including those in the trucking industry.

“CTA’s best practices document deals with all these matters/concerns and truck drivers across the country are utilizing these methods to keep themselves and fellow Canadians safe.”

Henderson turning down jobs to the U.S.

Steeves said that despite her own safety concerns, she and her husband have to keep working.

“We have a truck payment. We own our own truck. We have bills, you know, and this is our living. So we really can’t stop it,” she said.

But Henderson said he won’t be taking any more jobs to the U.S. until things get better, and he knows that means his income will suffer.

“It’s going to take a hit but I’m not going to put myself in that position again,” he said.