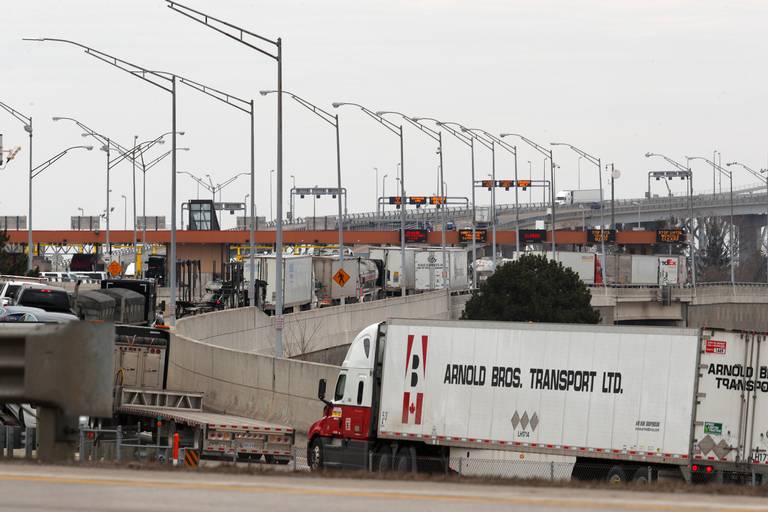 For some Canadian truckers, driving into the United States is too risky.

As coronavirus cases surge in much of the U.S., some truck drivers from Canada worry about crossing the border from a country where the pandemic is more under control into one that continues to hit grim COVID-19 milestones — and some refuse to do it.

The U.S. also leads the world in infections and deaths.

The country has reached agreements with Canada and Mexico to limit non-essential travel across borders in an effort to curb the spread of the virus.

The restrictions were implemented in March but have been extended three times and are now in place until at least July 21 with talk about extending it further, per CNN.

But truckers in Canada have continued making trips across — and some don’t like what they see.

“It’s like they don’t care,” she told the outlet. “Life is normal. Nothing’s changed for them.”

But despite her hesitations, she told CBC that she and her husband have no choice but to keep making their weekly trips to bring goods to California.

“We have a truck payment. We own our own truck. We have bills, you know, and this is our living. So we really can’t stop it,” she told the Canadian outlet. “People still need stuff. The freight still has to move. You know, you still need the groceries, still need the toilet paper.”

Canada depends on the United States for about three-fourths of its exports, the Associated Press reported in March. Much of its food supply also comes from or through the U.S.

However, unlike Steeves, other Canadian truckers have decided to turn down work in the U.S.

Dan Carson, a truck driver from southern Ontario, is one of them.

“I just don’t trust them,” he told Global News. “(Americans) just don’t seem to take it serious, even with all the numbers and the hot spots.”

Carson told the outlet he used to cross the border into Detroit several times a week for work and vacationed in Florida annually. Now, it’s not worth it.

“I’m not about to risk going down into the U.S. and finding out you’ve got to sit inside a crowded drivers’ room with someone who refuses to wear a mask or thinks it’s all a bunch of malarkey,” he told the outlet.

Although a lot of time is spent alone in the cab of a truck, the risk for truck drivers comes during contact with truck stop attendants, store or dock workers and other drivers, according to the Centers for Disease Control and Prevention.

The CDC recommends staying in the truck as much as possible and social distancing when outside.

Carson isn’t alone in his decision to forgo work in the United States.

Jeff Henderson, a long-haul truck driver from Ontario, told CBC he’s recently taken several trips to different places in the United States and, after seeing the situation, refuses to do it anymore until things are better, even though it will hurt his income.

“It’s going to take a hit but I’m not going to put myself in that position again,” he told the outlet. “I can’t. It’s too stressful.”