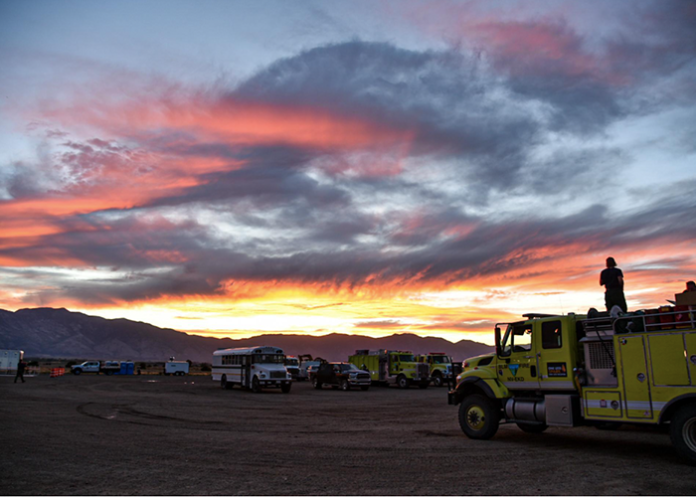 CDLLife had the opportunity to speak with Mr. Debogorski about the perils of driving in the North and the importance of drivers in the U.S..

Alex Debogorski, 67, became famous driving for the History Channel’s hit show Ice Road Truckers. He is described as a bit of character with his booming laugh and mischievous sense of humor, but his impishness is tempered by Alex’s warm faith and humility.

When it comes to winter driving, Alex is all business: As a seasoned trucker he knows that in a remote wilderness where temperatures can drop to negative 35 degrees, it takes strong nerves and quick thinking to be successful with his loads. He has described the 350 plus mile drives across barren northern lakes— intensely watching the cracking of ice beneath him like shoots of lightning striking out from the wheels of his truck, while the snow rises around him like smoke.

As he crosses the snowy tundra he calls home, half submerged trucks are forever frozen like so many shipwrecks in the Canadian wilderness, and serve as warnings that the dangers are very real. More than once, he has been grounded for days in his truck alternately by blizzards and raging fires, surviving on garlic sausage and trying to make his coffee last.

For Alex, these treks across the frozen northern expanse are not an exercise in vein thrill seeking. He is part of the broad community of drivers that keep communities supplied. From medicine to  construction equipment, drivers provide for towns that are otherwise islands almost entirely cutoff from the rest of the world. Alex says that:

“Except for those two months (of truck runs) they’re trapped. We restock the stores in the community— non-perishables, vehicles, boats…to bring things for the whole year. ”’

Despite the dangers that he faces making runs up North, he cautions that what drivers face on highways are generally even more perilous:

“The dangers for drivers on the main highways and interstates in America a lot of times is more dangerous than in the bush— dealing with fluctuations in temperature— with snow and then it warms up, then it thaws and gets icy.”

He says the traffic, irresponsible four wheelers, and construction can make a drive like a run from Kansas City, Mo. to Manitowoc, Wisconsin a real test of nerve and grit. Alex continues that no matter the danger drivers have to go out. In spite of traffic and the weather loads have to get delivered.

“You have to navigate through all these things— through rain and fires. Drivers have to go out on a regular basis so it doesn’t matter the problem with the weather. Your dispatcher says, ‘here’s a load; it’s got to get there.’ Those trucks are going every day, day and night. There are  (drivers) going on Christmas Day. (They) are driving because the load has to get through. The general public doesn’t give (them) credit you know.”

And just like the remote communities Alex and other drivers serve in Canada, cities in the United States without drivers would also be island-like: With drivers trucking in ninety percent of food, and the vast majority of medical supplies, all U.S. citizens enjoy the benefits of the seamless vein work that is the trucking industry.

“It’s just like the old saying, ‘If you got it, a truck brought it.’  We haul everything, all the drivers together between us: from the parts of the space shuttle with SpaceX going up, to groceries, medicine, and toilet paper.”

To keep supplies flowing in the heart of winter, drivers need to be cautious on their runs. Alex talks about the importance of winterizing trucks, making sure to carry chains and tow ropes, remembering to stay calm if you do start to slide for a ditch.

“There’s always the chance that something is going to happen. And very often it does. I carry chains all the time. I’ve run into some funny situations. (We’ve) had to dig out drivers from snowbanks— one was buried over the hood of his truck in Alaska with the fan of his engine iced up— he went off the road without chains on. They can’t even pull you out without chains.”