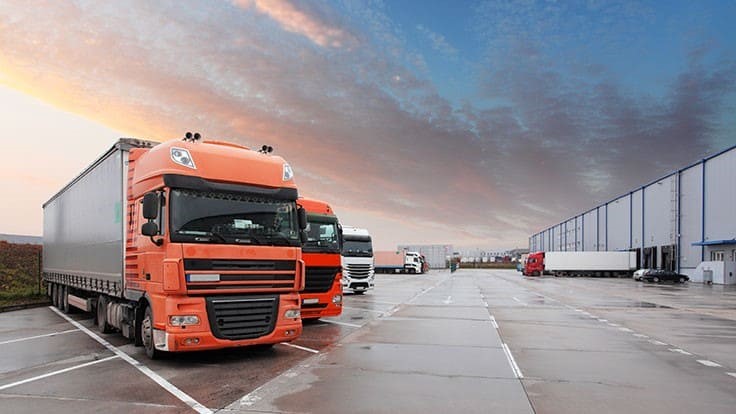 Supply of and demand for old corrugated containers (OCC) seem to be in equilibrium as of mid-December. Recyclers and mills alike are saying market conditions are “stable” for OCC.

“No one is calling for additional tons, but loads are getting picked up. It’s stable that way,” says Marty Rusk, the Dallas-based vice president of North America recycling operations at Smurfit Kappa.

He adds that containerboard operating rates have been high in recent weeks. Rusk references the 98.1 percent operating rate as reported in the American Forest & Paper Association’s (AF&PA’s) October 2020 Containerboard Monthly report. “Mills aren’t taking downtime for maintenance because of the huge need for paper,” Rusk says.

Similarly, mixed paper is moving steadily. A broker based in the Midwest says mixed paper generation is up a bit partly because of the holiday season, so supply is good. He adds that containerboard demand is up, and mills are using mixed paper.

In hindsight, a large independent recycler says recovered paper markets this year have been far better than they were in 2019. “We’re optimistic on particularly OCC and things that are around packaging for 2021.”

But the bigger issue at hand, the recycler says, is transportation.

Many recyclers and mill operators alike have expressed concerns about trucking and ocean shipping throughout most of November and December of last year. Sources contacted by Recycling Today in December 2020 generally agree that trucking is the larger of these two transportation-related headaches. Mill operators tell Recycling Today that securing trucking, particularly with the end-of-the-year holidays, is difficult, and moving materials requires much more time and planning.

Generally, trucking has been challenging in recent years as that industry faces a driver shortage. The broker in the Midwest says he thinks the driver shortage worsened earlier this year during pandemic-related shutdowns. Earlier in 2020, many Bureau of Motor Vehicles offices had closed or restricted hours in response to the pandemic or government mandates to shut down, making it harder for potential new drivers to get commercial drivers’ licenses to get them on the road.

The broker based in the Midwest says his company is in a decent position and has been able to control its freight, but he adds, “Mills are having a hard time getting trucks to pick up on time.”

With the driver shortage, Rusk says he has noticed a dramatic decline in the level of service provided by trucking companies, while the costs have gone up.

Additionally, sources say shipping containers have been hard to come by in November and December, as has securing space on sailings.

“Space is tight,” says Steve Frank, president and CEO of Pioneer Recycling Services, which has offices in Tacoma, Washington, and Clackamas, Oregon. “Even though you have a booking, at the last minute it can get rolled. It is very challenging in the Northwest. I’m hearing about this all over in our area.”

Sources based on the East Coast say they have had the same challenges with securing containers to ship materials to export markets. The container shortage is partly related to the holiday season, as well, but another possible cause is the global reworking of shipping lanes to Southeast Asia.

“Southeast Asian economies are rebounding fast,” Frank says. “They’re trying to get containers, and maybe in some cases, they are happy to take them back empty.”

“U.S. recyclers looking to move material are being confronted by a lack of truck drivers and containers,” the Brussels-based Bureau of International Recycling (BIR) says in a news release issued Dec. 8, 2020. “Regarding the latter, charges for shipments from China to the U.S. West Coast have been typically eight times higher than for movements in the opposite direction. Some containers are reportedly heading empty to Asia without the U.S. recycling industry being given an opportunity to use them.”

Transportation seems to be challenging in other parts of the world, too, including Canada and the United Kingdom. BIR says U.K.-based recyclers also have experienced container shortages and freight hikes.

With the container shortage and trucking issues, Frank says movement is “choppy.” He adds, “Fortunately, in the Northwest, we have a lot of domestic mills here that are running very strong. Demand for OCC and even mixed is quite strong domestically.”