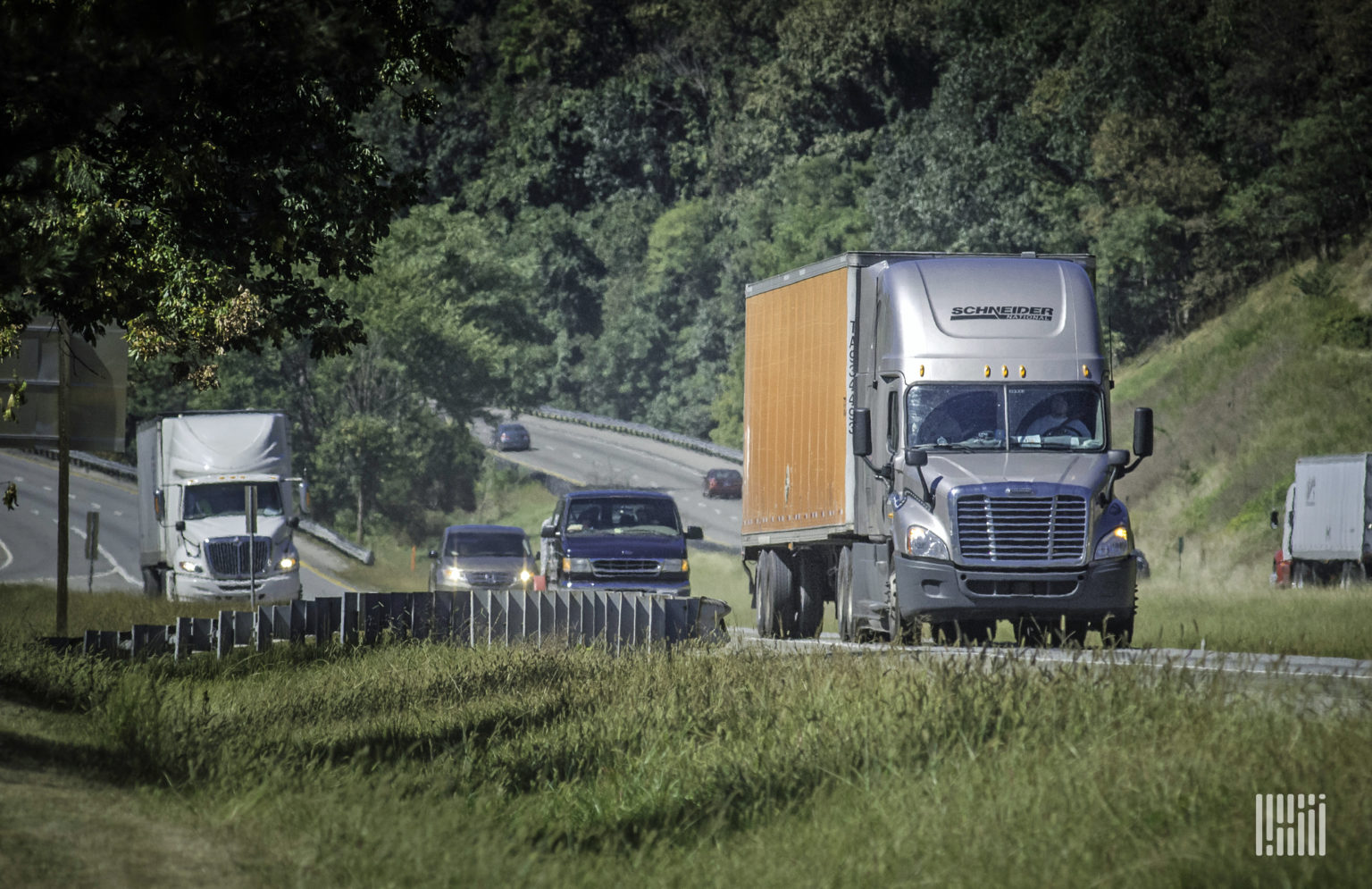 Schneider National (NYSE: SNDR) announced late Wednesday that it will raise driver pay next year. The press release said many of the company’s drivers will earn up to an additional 4 cents per mile starting Jan. 24. The pay increase applies to driver associates in both the company’s solo and team fleets.

The Green Bay, Wisconsin-based transportation and logistics provider said the increase follows several initiatives totaling nearly $15 million made on behalf of its drivers in 2020. Those efforts included the addition of six paid holidays, raising truck speeds to 65 mph from 63 and a weekly program guaranteeing pay for inexperienced drivers.

The press release said equipment, technology and facilities investments, many of which are “focused on driver productivity, comfort and safety,” will continue.

“We are committed to rewarding company drivers for the safe and professional work they do to excite our customers,” said Schneider transportation and logistics head Dave Geyer. “Our focus is on making Schneider driving careers the best in the industry. Pay is certainly a component, among many other areas that we are continually upgrading.”

The increase follows several recent announcements from other carriers.

On Monday, Frozen Food Express (FFE) announced a 25% increase for new linehaul solo company drivers, with team linehaul drivers seeing a 20% pay increase. The same day, Anderson Trucking Service (ATS) announced a guaranteed pay program for the first 12 weeks a new driver is on board. Flatbed operators will be guaranteed pay of $5,400 for each four-week period, up to 12 weeks, with new dry van drivers receiving a $5,200 guarantee.

Last week, C.R. England bumped pay by up to 25% and Covenant (NASDAQ: CVLG) implemented its largest pay increase in company history. Stevens Transport increased driver compensation by as much as 14% in November, with Heartland Express (NASDAQ: HTLD) taking comp up as much as 12%.

“We are proud of the incredible performance of our drivers every day, but especially during the extraordinary conditions of 2020,” continued Geyer. “Ultimately, it’s this service that our customers value the most, and we are rewarding the drivers who provide excellent customer service.”