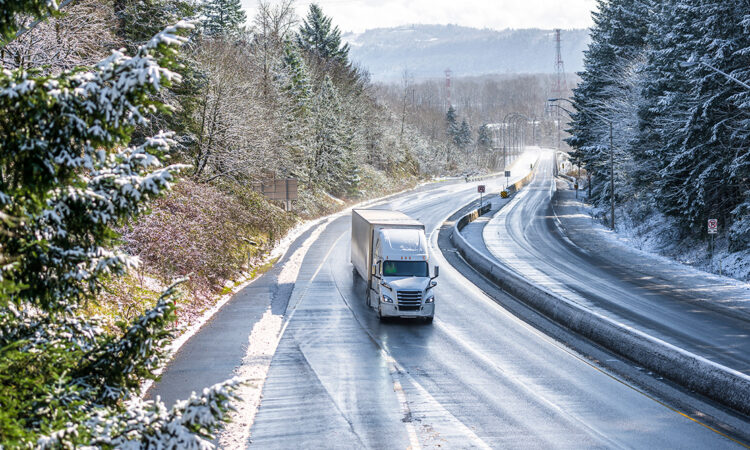 ‘Ice Road Kitten’ was rescued by a kind-hearted truck driver and is now in the care of B.C. SPCA

The B.C. SPCA is asking for help choosing a forever name for a fortunate feline that would have likely frozen to death on an icy B.C. highway were it not for the kind heart and quick action of a passing truck driver.

According to Candace Buchamer, manager of the North Peace SPCA in Fort St. John, the female cat was found near Montney in northern B.C. by a semi-trailer driver who noticed it on the road and then watched it get run over by an oncoming vehicle.

When the driver rushed to rescue the animal, Buchamer said he realized she was frozen to the ground. He managed to lift her out of harm’s way and rushed her to the nearest veterinary clinic.

“We believe this poor cat was wandering and probably succumbed to hypothermia and collapsed in the middle of the road,” Buchamer said in a post on the B.C. SPCA’s website.

Ice Road Kitten, as she has been referred to on the animal welfare organization’s social media feeds, has since received emergency treatment for hypothermia, a severely fractured leg and skin wounds from road rash.

“She is such a sweet, friendly kitty. Despite her injuries she is very curious about her surroundings and loves to interact with the people who are caring for her,” said Buchamer.

And now that Ice Road Kitten is on the mend, she is in need of a new name to go along with her new lease on life.

To throw your name suggestion into the mix for this little survivor, click here.

The B.C. SPCA estimates surgical and care costs for the cat would cost about $2,500. After posting the story of the cat’s rescue online with a donation goal of just over $2,600, the organization received more than $25,000.