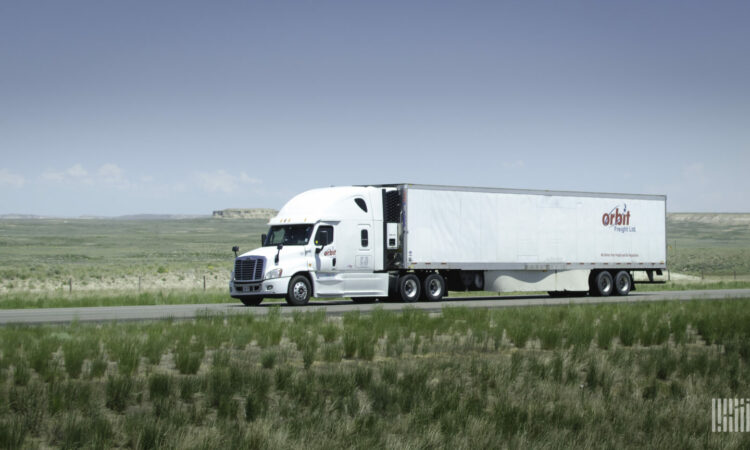 Two Canadian trucking companies operating in the same Toronto site have shut down as their owner faced a mountain of debt and largely unprofitable businesses, bankruptcy court records show.

Orbit Freight ceased operating in February following the shutdown of Delta Carrier, according to filings in Ontario Superior Court in March. The size of either carrier wasn’t clear at the time of closure. At their peak, the companies had a combined fleet of around 30 tractors, doing domestic dry van, temperature-controlled, intermodal and dump truck services.

Owner Sam Pandal said in a court filing for his personal bankruptcy that both companies had been largely unprofitable.

“I owned and operated two trucking businesses and relied on credit facilities to fund the businesses from time-to-time. … The businesses were by-in-large unprofitable,” Pandal wrote in his Feb. 27 personal bankruptcy filing. “Unfortunately both companies failed and my vehicles have been repossessed or surrendered.”

The carriers’ struggles appeared to have come to a head in December when TD sent its first default notice to Pandal, according to the court filing from the bank.

The biggest drag was the drop in business from COVID-19 last year — combined with soaring insurance rates, Pandal said.

“I could have turned it around, but the bank didn’t trust that the business wouldn’t fail,” Pandal told FreightWaves.

It also is unclear what assets remain. A representative from the court-appointed receiver, Spergel, reported that the business of Orbit appears abandoned — with two trucks parked in the front lawn.

Canada hasn’t seen a significant uptick in trucking failures during the past year, thanks in part to government wage subsidies and other aid, as well as robust demand for consumer packaged goods. But some in the industry have grumbled that the pandemic-related aid has allowed some carriers to forestall failures that would have come naturally.

The Canadian freight market has recovered substantially since reaching its pandemic volume lows last April. The Outbound Tender Volume Index-Canada (OTVI.CAN) on FreightWaves’ SONAR platform, a key measure of freight volumes, is up over 85% from that April low as of Monday.