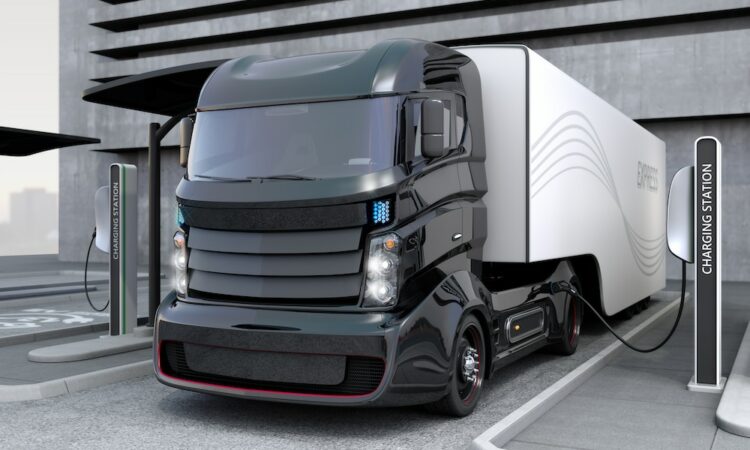 A Berkeley Lab report says that a lack of policies is blocking wider adoption of electric trucks. Even so, ventures are under way to shift the diesel-to-electric transition into high gear.

A new report said that a lack of policies around adoption incentives, charging infrastructure, and electricity pricing prevents the widespread electrification of commercial trucking fleets.

Researchers from the U.S. Department of Energy’s Lawrence Berkeley National Laboratory and the University of California, Los Angeles made the case for prioritizing public policy to help move long-haul trucking from diesel to electric.

The study analyzed the total cost of ownership of an electric long-haul truck compared to a diesel long-haul truck. It said that at the current global average battery pack price of $135/kWh, a Class 8 electric truck with 375-mile range and operated 300 miles per day offers about 13% lower total cost of ownership per mile, a three-year payback, and net present savings of about $200,000 over a 15-year lifetime.

The report said these modeled results were achieved with a 3% reduction in payload capacity. It said this penalty could be reversed through light-weighting.

The report estimated that the average distance traveled between 30-minute driver breaks is 150 miles and 190 miles for regional-haul and long-haul trucks, respectively. It said that 30% of charging using 500 kW or megawatt-scale fast-chargers would add sufficient range without impairing operations and economics of freight movement.

In February, Romeo Power and battery developer Ecellix Inc. said they would work together on technology to trim the weight of a 1 MWh battery pack by up to 9,900 pounds. That reduction is equal to cutting the weight of a battery-electric Class 8 truck by up to 25%, adding as much as 660 miles of range on a single charge.

The two companies signed a memorandum of understanding (MOU) to cooperate in the development, validation, and launch of Ecellix’s battery technology, which aims to replace lithium-ion technology in commercial vehicles.

The Berkeley Lab report said that, as with almost any clean technology, higher upfront capital costs of both vehicles and charging infrastructure are “major barriers” when electric trucking is in its infancy. Without strong policy support, coordinated investments in both vehicle manufacturing and fuel infrastructure will not be forthcoming on the scale needed to harness the true potential of battery electric trucks, the report said.

Berkeley Lab scientists said that diesel trucks are responsible for almost one-third of motor vehicle CO2 emissions. The transportation sector ranks as the largest contributor of CO2 emissions associated with the U.S. economy.

Berkeley Lab said that long-haul trucks powered by hydrogen fuel cells are on the horizon, and battery-powered electric trucks have seen “the most dramatic improvements” in technology in recent years, making battery costs more affordable and competitive.

The Hyzon plant is expected to produce enough MEAs to supply up to 12,000 hydrogen fuel cell-powered trucks each year.The MEA accounts for about 70% of the cost of a fuel cell stack.

The MEA accounts for about 70% of the cost of a fuel cell stack. MEAs are produced at commercial scale in Canada, Europe, Japan, Korea, and China. Hyzon said that smaller-scale MEA production in the U.S. has so far been both a supply and a cost “bottleneck” for fuel cell vehicle production.

At full capacity, the Hyzon plant is expected to produce enough MEAs to supply up to 12,000 hydrogen fuel cell-powered trucks each year. The facility is expected to start producing in the fourth quarter.

Refuse-hauling trucks are gaining attention as one class of trucks that could be readily electrified. For example, XL Fleet Corp. partnered with Curbtender, a provider of Under CDL refuse trucks, to jointly develop a series of battery electric and plug-in hybrid electric commercial trucks for use in waste management.

The companies said they plan to develop and launch within the next year a battery electric refuse vehicle equipped with an XL Electric propulsion system and a Curbtender Quantum rear loader refuse truck body. The agreement also includes joint development of plug-in hybrid electric versions of the vehicle, as well as a range of Class 3 to Class 8 vehicle offerings for the waste management industry.

The companies said that a single refuse truck travels roughly 25,000 miles annually and that the segment contributes around 1.4% of the transportation industry’s overall fuel consumption. That makes refuse trucks an attractive application for electrification as well as a “high-impact opportunity” to drive decarbonization within the commercial sector.