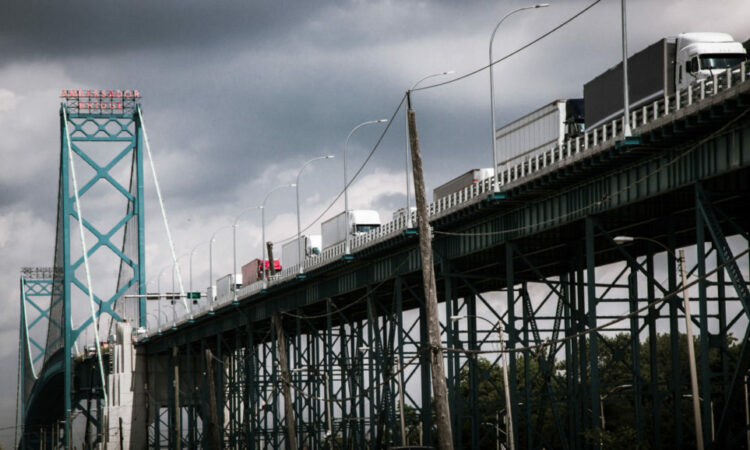 Truck drivers who do not submit mandatory ArriveCAN data electronically while entering Canada, could soon be facing significant fines or penalties, the border services agency has warned.

The Canadian Trucking Alliance (CTA) says the verbal declaration option remains a temporary solution at the border, as the Government of Canada continues to warn the industry that users must adopt electronic platforms as soon as possible to avoid non-compliance as progressive enforcement continues at the border.

The ArriveCAN policy came into effect in February from the Public Health Agency of Canada (PHAC) for all travelers crossing the border into Canada, including essential workers such as truck drivers. The app allows border crossers to submit data electronically via a smartphone or desktop computer, including their health status, prior to their arrival into the country.

The CTA worked with the Government of Canada to have verbal declarations in place as an interim solution for border crossers that did not have access to a smartphone or computer to be able to submit their data electronically.

The alliance recently created a training package, including a tutorial video, infographic and frequently asked questions document, to help companies in training their driver to use the ArriveCAN app.

The federal government has continued to emphasize that the verbal declaration at the border to comply with ArriveCAN can be removed at any time, and electronic compliance will soon become mandatory for all truck drivers.

The Canada Border Services Agency (CBSA) has indicated to CTA that the current uptake rates for exempt trade and transportation travellers submitting ArriveCAN electronically in advance of their arrival at the border is at a concerning 12% for the trucking sector.

For drivers who do not have access to a smartphone or are not comfortable using technology, a desktop computer can also be used to submit ArriveCAN information to meet compliance. For added flexibility, drivers can submit their ArriveCAN data up to 365 days prior to leaving on their trip.

The CTA is also closely engaged with the federal government on related issues such as drivers who cross the border multiple times a day. The government has indicated that discussions are ongoing on how to address this issue, and that a potential solution may be part of a larger communications campaign on ArriveCAN in the coming weeks.