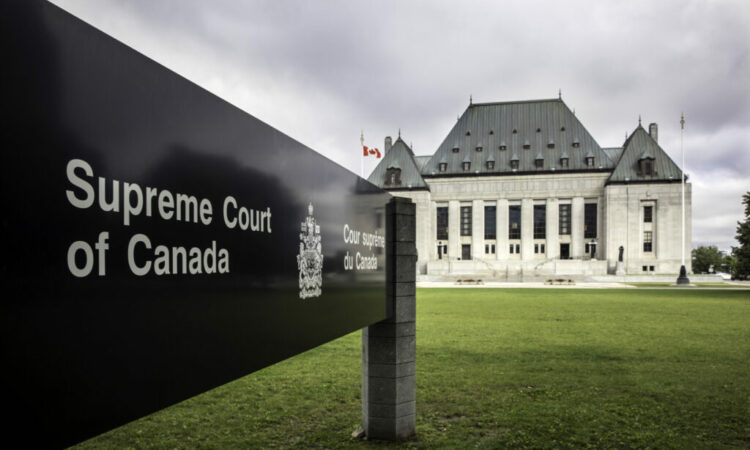 The Supreme Court of Canada has ruled that Canada’s national carbon pricing is constitutional, dealing a blow to several provinces that had mounted a challenge against the so-called “carbon tax”.

Under the Greenhouse Gas Pollution Pricing Act, provinces and territories had to implement carbon pricing on fuels before Jan. 1, 2019, or adopt prices imposed by the federal government.

Alberta, Ontario and Saskatchewan had argued the Act was unconstitutional. While Alberta’s Court of Appeal agreed with that position, Saskatchewan and Ontario courts sided with the federal government.

In a 6-3 decision, the Supreme Court of Canada noted the danger of climate change justifies a coordinated, national approach.

“Climate change is real. It is caused by greenhouse gas emissions resulting from human activities, and it poses a grave threat to humanity’s future,” Chief Justice Richard Wagner wrote in the majority decision.

The movement of goods accounts for more than 40% of transportation-related GHG emissions in Canada, and freight-hauling trucks account for the fastest-growing share of those emissions, the Pembina Institute reports.

The GHG emissions from trucks doubled between 1990 and 2015, thanks to factors including a growing vehicle pool and more vehicle kilometers traveled, it adds.

“A well-designed carbon pricing system is an indispensable part of any cost-efficient and effective climate strategy. Including Norway, the European Union and California, globally there are over 60 carbon pricing systems in place, or scheduled for implementation, covering about 22% of global emissions,” said Isabelle Turcotte, federal policy director at the Pembina Institute.

The Canadian Trucking Alliance calculates that the nation’s truckers will pay $538 million in carbon pricing this year, rising to $1.2 billion by 2023, and $3 billion by 2030.

The federal carbon price that applies to diesel is set to increase $0.1073 per liter on April 1.

Calls for a green trucking fund

While the Canada’s largest trucking association never took a position against the constitutionality of the tax, it continues to call for the related funds to be invested in environmentally friendly trucking initiatives.

A pre-budget submission from the alliance has asked for rebates of up to 50% on GHG-reducing technologies.

“We’ve been engaged for quite some time now with the Government of Canada on this particular issue – what a ‘green trucking fund’ could look like,” says Stephen Laskowski, president of the Canadian Trucking Alliance (CTA).

“What we would like to see is more incentives toward what we would call market-ready equipment … as opposed to bleeding-edge.”

Existing aftermarket devices, such as driver coaching systems offered by ELD vendors, can help improve fuel economy, he said as an example. “Incentives work very well for that type of technology.”

In contrast, equipment such as battery-electric trucks – while worthy of incentives – are not yet market-ready to support longhaul applications, he said.

“It’s not that CTA is opposed to incentivising our industry to look at carbon-reducing equipment or propulsion systems. The issue [is] from a pure measurement standpoint,” Laskowski added, noting that longhaul trucks are larger emitters of greenhouse gases because of the distances they travel.

“We would strongly encourage the Government of Canada to work with our OEMs, our industry, NGOs, on trying to find a technology pathway toward a carbon-reducing propulsion system that is operable.”