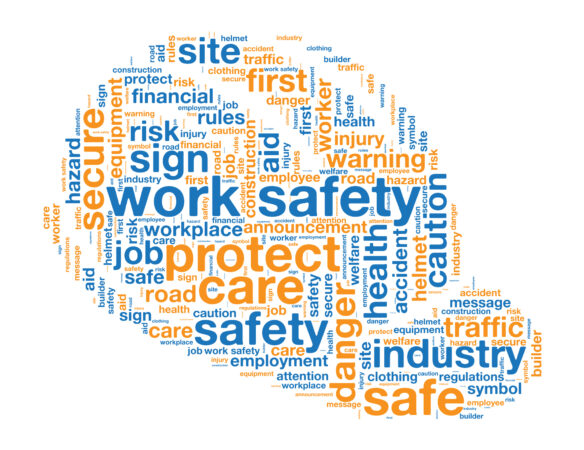 Dale Holman is feeling each of his 45 years as a truck driver.

The veteran owner-operator is back on the road after being sidelined for five weeks because of a nagging rotator cuff injury linked to years of work around heavy equipment. A cortisone shot helped him return to work this time. But his wrist still aches from decades of wear caused by vibrating gearshifts. Then there’s the back that recently locked up while he was completing paperwork in the bunk.

One thought crossed his mind as he watched a young truck driver simply leap off a flatbed while tarping a load. “I used to do that,” he tells me. “Now it hurts getting out of bed.”

The years will wear down every body. Truck drivers are no different that anyone else in that regard. But those who work behind the wheel face a long list of job-related health challenges – and they go beyond collisions, slips, trips and falls.

The fact is as clear as the lines on Bill McElligott’s face. Photos circulated over the internet highlighted the web of lines carving into the lifelong trucker’s cheek and up to his eye. The skin sags as it slumps to the jawline.

That’s on the side of his face exposed to the window on the driver’s side of the cab – the one that he tended to roll open during decades of deliveries in and around Chicago, Illinois. If you focus attention on the other check, the 69-year-old looks years younger, maybe decades younger, thanks to a lower exposure to the UVA rays.

Many other threats to driver health are limited from view, though.

The World Health Organization (WHO) officially classified diesel engine exhaust as a carcinogen in 2012. And the American Cancer Society points directly at truck drivers when identifying people with some of the highest work-related exposures.

It’s not all bad news. Driver health is better protected than it was in days gone by. The diesel exhaust is now scrubbed as it passes through diesel particulate filters, rather than allowing black soot to spew from the stacks. Holman himself points to improvements such as today’s spring mattresses in sleepers, the better driver seats, the smoother-running cabs, and many of the other equipment advances that help to prevent physical wear over the years.

But the Canadian Centre for Occupational Health and Safety also highlights many remaining factors that contribute to long-term health problems for truck drivers, such as irregular schedules, long hours, limited access to healthy food on the road, stress, and limited physical activity.

Remember hearing that sitting is the new smoking? Think about the hours that truck drivers spend sitting behind the wheel.

Perhaps we shouldn’t be surprised by the health challenges that emerge from such risk factors. A 2010 National Institute for Occupational Safety and Health survey determined that seven in 10 longhaul drivers are obese, which is double the average for typical Americans. That contributes to issues like Type 2 diabetes, sleep apnea, and heart disease.

Solving such challenges is no easy feat. Healthy meal options can be limited at some truck stops. Even when they’re available, it takes some added will to opt for a salad rather than a side of fries and gravy. Exercise will help, but Holman says there’s always the danger that a truck can be towed if you leave it for a jog. He’s half kidding.

As the average age of Canada’s truck drivers creeps ever higher, fleets would be well served to support the workplace wellness programs that give employees some of the tools to care for themselves. Ongoing commitments to safe workplace practices will make a difference too.

The long-term health of our industry depends on it.