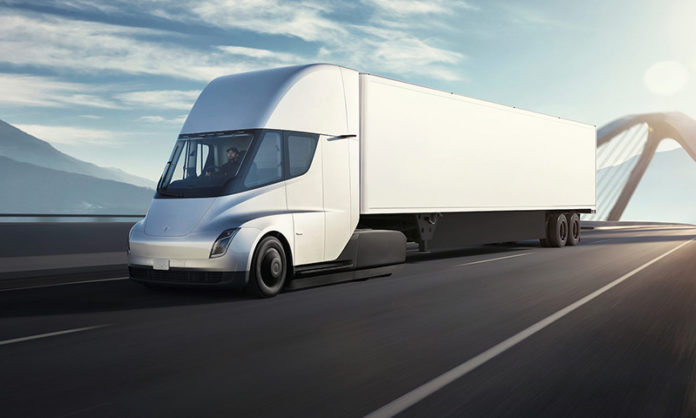 Tesla Semi production may be delayed until 2022 due to battery cell constraints said CEO, Elon Musk, over the weekend.

Musk raised concerns about the electric trucks in a comment on Twitter, hinting that the production was too “cell-constrained.”

The Tesla Semi has already seen several delays since 2019 when it was first expected to hit the market.

Last summer, Musk said the semi was getting closer to being rolled out and that “It’s time to go all out and bring the Tesla Semi to volume production.”

In January however, another setback pushed production to be expected sometime in the later half of 2021.

There has been recent evidence of an optimistic outlook for this 2021 timeline with new Tesla Semi prototypes being spotted.

On March 27, Musk alluded to an even later date when he tweeted in response to a question.

Musk stated “We are too cell-constrained right now, but probably ok next year.”